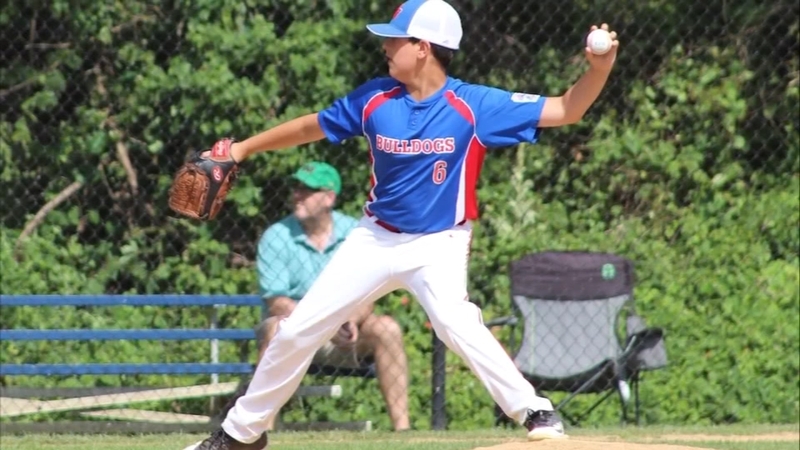 ORELAND, Pennsylvania (WPVI) -- In photographs, 11-year-old Alex Brown looked like an MVP in the making. But back on July 4th, rather than taking home a trophy and a win, he ended up in the hospital.

" As soon as I started pitching I knew something was up because I wasn't throwing strikes. I only threw one strikeout of four batters," recalled Brown.

Despite feeling ill hours before the big game, he played until the very end. It was during the post-game huddle that he collapsed.

"I was in and out of consciousness," Brown said.

It was soon determined that Alex was suffering from severe heat exhaustion on his way to heatstroke.

His father, Wayne wishing his son would have spoken up sooner about feeling sick.

"I was just trying to keep him awake, cause I didn't want him to go to sleep," he said.

Alex said he was drinking fluids, but his parents suspect a sickness a few days prior may have dehydrated him more than anyone realized.

"I had no idea this could happen to a young kid," he added.

According to the Centers for Disease Control and Prevention symptoms of heatstroke and exhaustion are fairly similar.

If you suspect heatstroke, call 911 immediately and do not give the person anything to drink.

Scares like these always are a concern during athletic events.

" We've stocked up with plenty of ice, plenty of water, each team has a cooler," said Broomall-Newtown Baseball President, Dave Panczner.

As for Alex, he's made a full recovery and learned a valuable lesson about listening to his body.