WPVI
TRENTON, New Jersey (WPVI) -- As social distancing measures continue amid the coronavirus outbreak, many people are wondering when things will get back to normal.

"People talk about a new normal, I think that's a reality," Murphy said. "The notion that we're going to go back, let's turn the clock back to three months ago, I just don't see it."

During his press briefing Wednesday, Murphy described a new normal restaurant might be at 50% capacity, with a temperature check at the door, servers wearing masks and gloves, surfaces being wiped down hyper-aggressively, and tables far apart.

If they become widely available, Murphy said he could see customers taking a rapid saliva test, like the one being developed at Rutgers University. That test was given FDA approval earlier in the week.

Murphy said, based on experts' opinions, a vaccine for COVID-19 would not be available for at least one year so he hopes the rapid testing will become accessible much sooner.

He referenced a Harvard study that determined the world may need to continue social distancing practices until 2022 in order to contain the spread of the coronavirus pandemic unless hospital capacity is increased or an effective vaccine is developed.

While the governor said he loves greeting with a big handshake, a kiss, hugs, and high fives, Murphy said all are postponed for the foreseeable future.

The governor said he has received many messages from parents of high school seniors.

"I don't blame them for one second," Murphy said.

The parents are hoping their children can participate in graduation or play in sports again, Murphy said.

"I would love nothing more...I just don't see- I take my cues from the health experts and I'll continue to - I don't see a normal, even if it were to take place, a normal gathering in the foreseeable future. I don't see it," Murphy said. "I'll be the happiest guy on this planet if I am wrong."

The governor announced he will have guidance on schools on Thursday.

"It goes into the nose, almost into the back of the throat and we stay there and rotate for about 15 secs to get a good specimen," said Jefferson Health physicians assistant Alicia Karagianes, holding a sample swab.

Two of the lanes are designated as priority lanes for front line and essential workers.

"Those on the front lines who because of their job have contact with the public day in and day out are at risk of getting this virus more so than anybody else," said Camden County Freeholder Director Lou Cappelli.

The site is open to all Camden County residents with an appointment who have a doctor's referral. Officials say the site will be open 10:00 a.m. to 4:00 p.m. Monday through Friday.

In Trenton, a desperately needed donation of personal protective equipment for first responders was delivered to the Trenton Fire Department.

As of 10 p.m. Tuesday, 8,270 residents were reported hospitalized, 1,980 of these individuals were listed in critical or intensive care, and 1,705 were on ventilators.

Thirty-nine patients are at one of the state's field medical stations.

In the 24-hour period between Monday and Tuesday night, 709 residents were discharged from the hospital, Murphy said.

Legislation extending the income tax deadline to July 15 and pushing the budget deadline to September will be signed into law, Murphy said.

Another bill would permit people caring for family members with COVID-19 to get 12 weeks of paid family leave during a two-year period without losing their job.

Bruce Springsteen, Jon Bon Jovi and at least a dozen other New Jersey natives will be doing a COVID-19 fundraiser for vulnerable victims in the state later this month, a relief fund announced Tuesday.
The New Jersey Pandemic Relief Fund said the singers and celebrities will appear in videos from their homes at 7 p.m. on April 22.

The other stars include New York Giants running back Saquon Barkley, singer Tony Bennett, actors Danny DeVito and Whoopi Goldberg, as well as comedian Chris Rock. The celebrities will be directing people to the fund's website so they can donate.

The event will air on Apple Music and AppleTV apps, but will also be broadcast live and rebroadcast five times on E Street Radio on SiriusXM, according to the statement. The program will also be carried on WABC, WPVI, WPIX, News12, NJTV and radio outlets including 1010 WINS, WCBS 880 and others.

The fund will provide grants to existing organizations that have a record of caring for vulnerable communities, according to the fund. All the money will go to groups that provide "essential services to those in need and to assist those on the front lines of the COVID-19 pandemic," the fund's statement said.

For most people, the virus causes mild or moderate symptoms that clear up in a couple of weeks. Older adults and people with existing health problems are at higher risk of more severe illness, including pneumonia, or death.
Report a correction or typo
Related topics:
health & fitnessnew jerseybudgettaxescoronavirusgovernor phil murphy
Copyright © 2020 WPVI-TV. All Rights Reserved.
CORONAVIRUS

For nation's birthday, Trump slams his enemies within 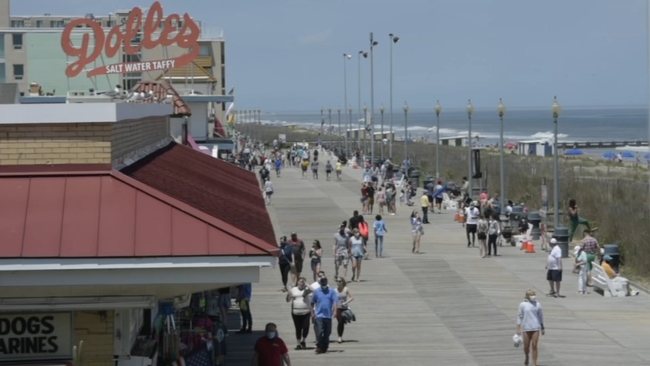 Masks now required at all times in Rehoboth Beach 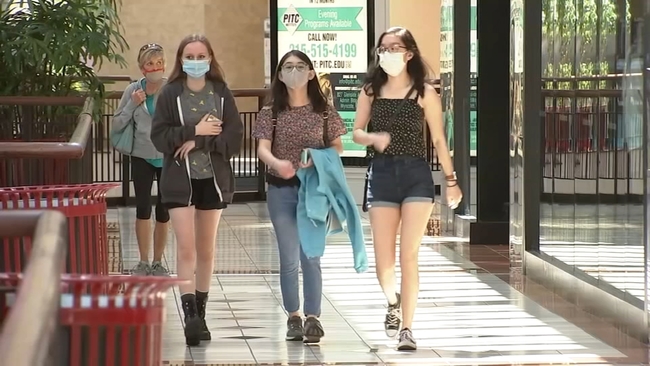