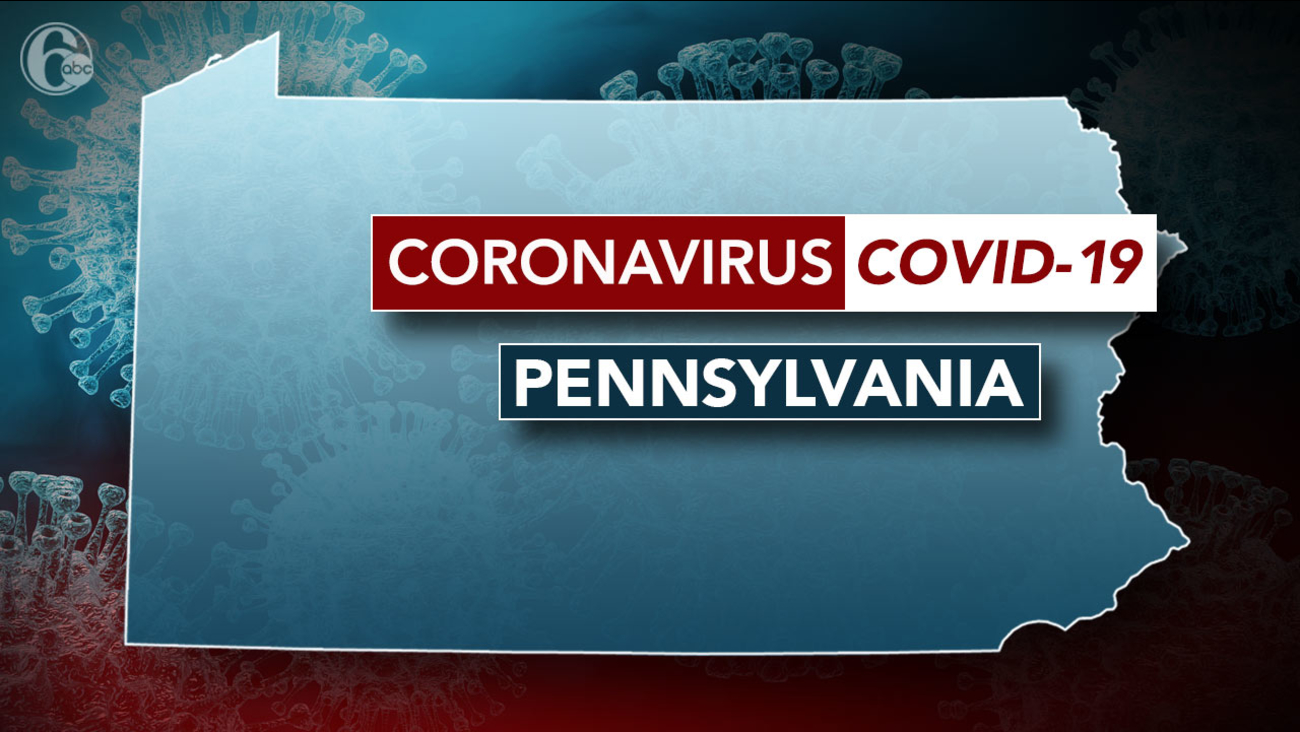 HARRISBURG, Pennsylvania -- New confirmed coronavirus infections in Pennsylvania hit their highest one-day mark since May on Friday, with state officials blaming the rising numbers on crowded bars where people aren't wearing masks and on out-of-state travel to virus hot spots.

Pennsylvania reported more than 1,000 new coronavirus infections for the first time since May 10. That's partly due to a reporting delay, because about 175 of those cases arose from private lab results reported together in one batch, according to the state Health Department.

State health officials warned in a health alert to hospitals, doctors offices and other heath care providers that increasing numbers of young people are contracting the virus. The Health Department also said that local outbreaks are being traced to out-of-state travel and to parties, restaurants, bars and other social gatherings.

"Risky behavior such as going out without a mask and congregating at a bar or in a crowded setting where social distancing isn't being practiced are leading to spikes in cases and higher percent-positive rates," Gov. Tom Wolf said in a news release Friday.

Of the latest batch of positive test results, about 360, or more than one-third, came from Philadelphia and Allegheny County, where health officials also attribute rising infection rates to residents traveling to beach towns and socializing in bars and restaurants, particularly in establishments where masks weren't being worn.

With Pennsylvania officials trying to keep a lid on the virus, the largest state-owned university, West Chester University outside Philadelphia, has become sufficiently alarmed by sharply rising COVID-19 numbers nationwide that it reversed course Friday and said it no longer plans to bring students back to campus in the fall.

"We cannot ignore the potential danger of bringing thousands of students back for face-to-face instruction amidst the virus' dramatic resurgence," school president Christopher Fiorentino said in a statement.

Nearly 94,000 people have contracted the virus statewide since the beginning of the pandemic, according to Health Department data.


The department reported a statewide testing positivity rate of 4.4% on Friday but said it was concerned with higher rates in a dozen counties: Allegheny, Beaver, Butler, Clarion, Fayette, Greene, Lawrence, Lebanon, Philadelphia, Washington, Westmoreland and York.

On May 10, when state health officials reported 1,295 new infections, the state was conducting far fewer tests, and the positivity rate was much higher, at nearly 17%.

As testing becomes more widespread, an increase in the raw number of positive tests is to be expected. But if the virus is being brought under control, then the percentage of positive results relative to the total number of tests should be coming down.

In other coronavirus-related developments in Pennsylvania on Friday:

West Chester University has reversed plans and will conduct the fall semester almost entirely through remote instruction because of the danger of the coronavirus, the school's president said Friday.

A few courses would be delivered in a "hybrid" format, Fiorentino said in a statement.

Remote instruction will ensure that learning during the semester is not interrupted again, he said.


West Chester, like practically every university or college in Pennsylvania and the nation, sent its students home in the middle of the spring semester as the virus began spreading in earnest.

West Chester is the first school in the 14-school Pennsylvania State System of Higher Education to announce it will stick with remote learning this fall. The system's administration said it supports West Chester's decision.

"The State System is committed to working with all of our campuses so that health and safety priorities align with efforts to ensure students can pursue their degrees, whether on campus or through other modalities," the administration said in a statement.

Some schools, like the University of Pittsburgh, have said they will offer certain classes through both in-person and remote instruction. Carnegie Mellon University has said it will offer a hybrid model in which some classes will be conducted strictly online while others will be offered through both in-person and remote instruction.