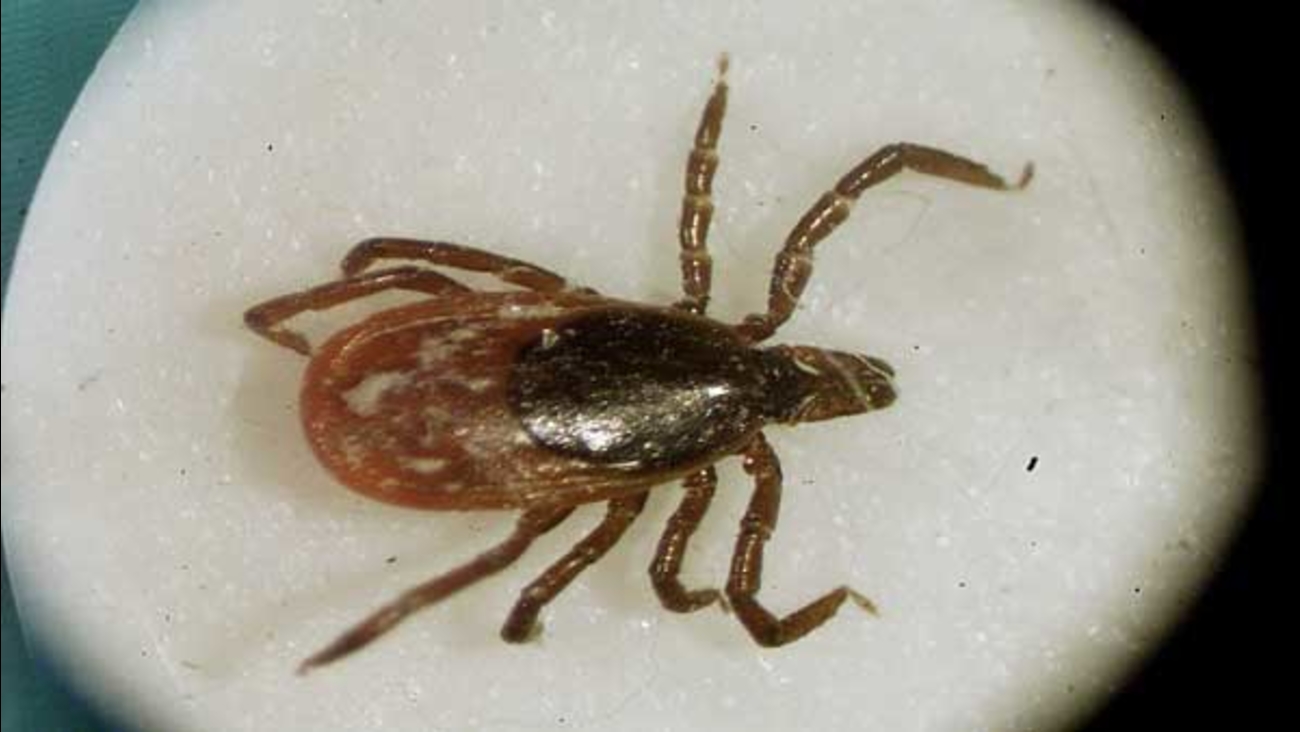 FILE - This photo shows a deer tick under a microscope in the entomology lab at the University of Rhode Island in South Kingstown, R.I.

ATLANTA (WPVI) -- A new government study shows that the areas were Lyme disease is a bigger danger have grown dramatically.

The most cases remain concentrated in the Northeast and upper Midwest, but more of those sections are considered 'high-risk.'

High-risk areas - those where Lyme disease is at least twice the national average - have doubled, from 130 to 260.

"The risk is expanding, in all directions," said the lead author, Kiersten Kugeler of the Centers for Disease Control and Prevention.

Doctors can't explain the boom in high-risk areas, but they suspect development is causing the mice, deer and ticks which carry the bacteria to move.

Lyme disease spreads through bacteria on infected deer ticks, which can be the size of a poppy seed, much smaller than the familiar dog tick.

High-risk areas are now in 17 states.

All of Connecticut is considered high risk, but now nearly all of Massachusetts and New Hampshire, and more than half of Maine and Vermont are considered high-risk, too.

Wooded suburban and far suburban counties are considered the most common spots for the disease.

Officially, 20 to 30-thousand cases are reported each year, but infectious disease experts say they could be 10 times as many cases.

The most common symptoms are fever, headache and fatigue.

Some people also report a rash, and it can be shaped like a bull's eye.