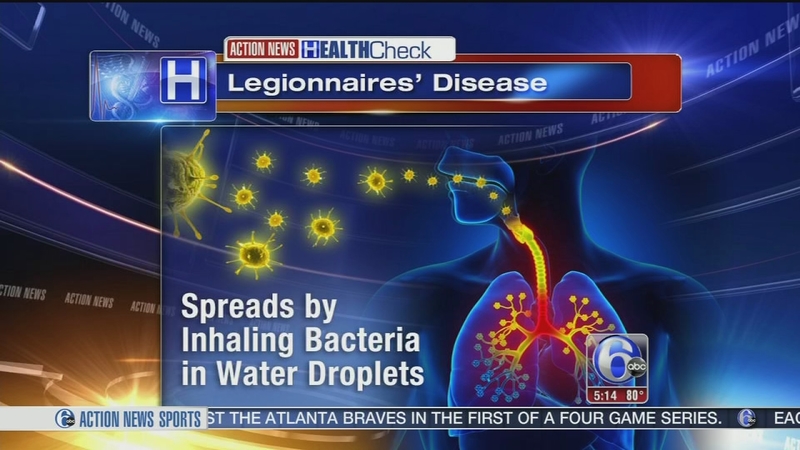 And tests of cooling towers show unacceptably high levels of the legionella bacteria at 8 campus buildings, including Main Hall and the Sykes Student Union.

An email sent to all students, faculty, staff and administrators yesterday said that the university had received confirmation of the employee's case.

Afterward, the University hired a firm to test the employee's workplace, as well as other buildings.

Although the work space tested negative for legionella, samples on the following buildings were above acceptable limits:

The University has hired a firm to treat the cooling towers today and tomorrow to kill the bacteria.

It will also monitor them to make sure the bacteria doesn't return.

The Chester County Health Department has also been notified.

Legionnaires' disease is a severe form of pneumonia - lung inflammation usually caused by infection, in this case, from the legionella bacteria.

The bacteria exists naturally in the environment, but at low levels which don't sicken most people.

It can build up in certain plumbing systems, air conditioning cooling towers, and fountains, as well as hot tubs, humidifiers and hot water tanks.

In most cases, it's contracted by inhaling the bacteria in water droplets.

New York City's Health Department is investigating a deadly outbreak of Legionnaires' disease in the South Bronx which has that killed two people and sickened 31.

The cases have arisen since July 10th, and is double the number recorded in a December 2014 outbreak which sickened 12 people in the Bronx.

That outbreak was traced to contamination in cooling towers at Co-op City, the world's largest cooperative housing development.

Symptoms for Legionnaires' include fever, cough, chills and muscle aches.