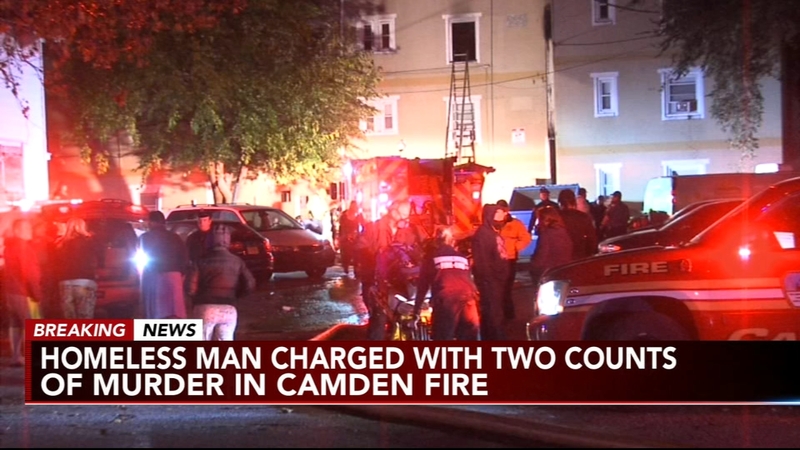 CAMDEN, New Jersey (WPVI) -- A homeless man is facing murder charges in connection with an apartment fire that left two people dead and nine others injured on Sunday morning in Camden, New Jersey.

Firefighters were called out to the 3400 block of Cramer Street around 3:15 a.m. for reports of people trapped inside a three-story apartment.

According to the Camden County Prosecutor's Office, Brandon Adams, 34, who is homeless, is being charged with first-degree felony murder for intentionally setting the fire.

Surveillance video shows the moment a fire erupted that killed 2 and injured at least seven others at a Camden, New Jersey apartment building.

Firefighters said when they arrived they saw flames shooting from the building and a person jumping from the third floor.

Shortly after, firefighters said a second alarm was struck and crews from surrounding towns were called in to assist.

Two men died in the blaze. Nine others were taken to area hospitals for unknown injuries.

About 20-30 people lived in this building. Harper said the Red Cross and office of emergency management are here helping them find a place to stay.