An emergency like this is why AAA is warning you that now is the time to get your car ready for winter.
WPVI
By Beccah Hendrickson 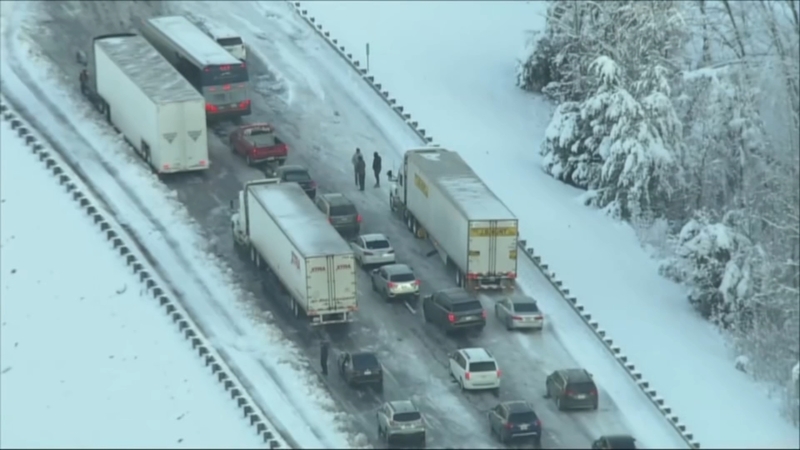 Local travelers among those stuck on I-95 in Va. after winter storm

PHILADELPHIA (WPVI) -- Some travelers were stuck on I-95 in Virginia for more than 24 hours Monday into Tuesday, as snow and ice screeched traffic to a halt for miles.

It caused a ripple effect on drivers and train riders up and down the East Coast.

"It makes no sense to me that the road was so underprepared," said 20-year-old Daisy Willis, who is from Jenkintown but currently works near Virginia Beach. She had been home for the holiday weekend and left around 11 am Monday.

"This is next to my car," she said pointing to the ice on the highway next to her as she FaceTimed with Action News.

"We wish we had a timetable, ETA or an educated guess on when travel will resume on I-95," the Virginia Department of Transportation said on Twitter, describing the situation as frustrating and scary.

An emergency like this is why AAA is warning you that now is the time to get your car ready for winter.

"When you're cleaning your car off hour after hour in the storm, clothes get wet and they don't dry off in the vehicle," Jana Tidwell, AAA spokesperson

She advises that drivers pack extra clothes, snacks, water, shovels, and ice melt - among other essentials - if you get stuck on the road. 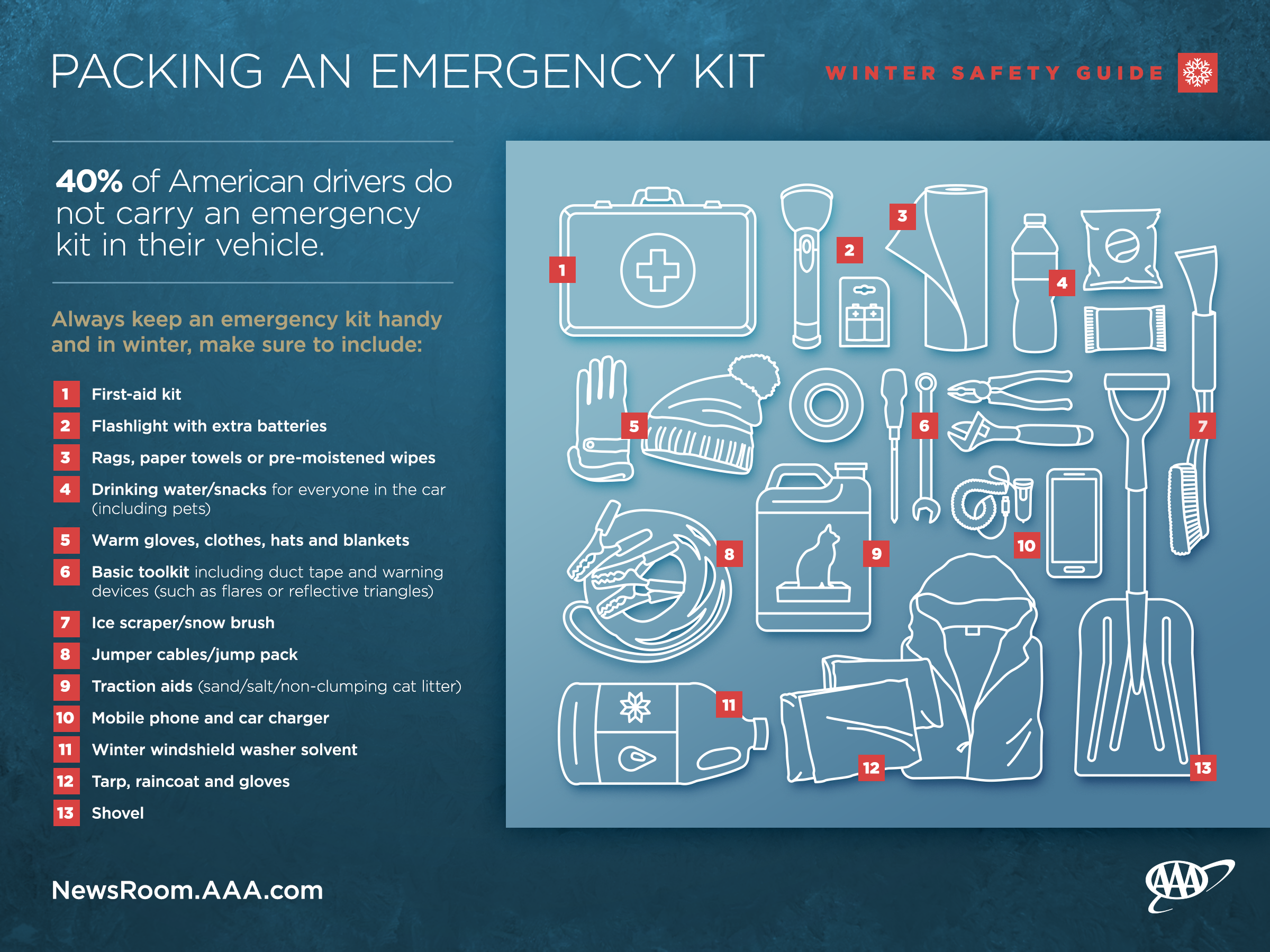 "No one ever plans to get stuck, it is so much better to have these things in your car and never need them as opposed to needing them as those poor folks in Virginia did and not having them," she said.

Drivers aren't the only travelers affected by the storm. One Amtrak train arrived 23 hours late in Philadelphia on Tuesday after being stuck behind downed power lines and trees, causing a ripple of delays.

"It's already a long day and it's hectic and just losing time," said Sonam Ambasta, traveling through Philadelphia from Minneapolis.

"It's going to be two hours of sitting here and waiting and then I still don't know because if you look at the board, it doesn't tell you when it's leaving," said Tracy Banbliet from Connecticut.