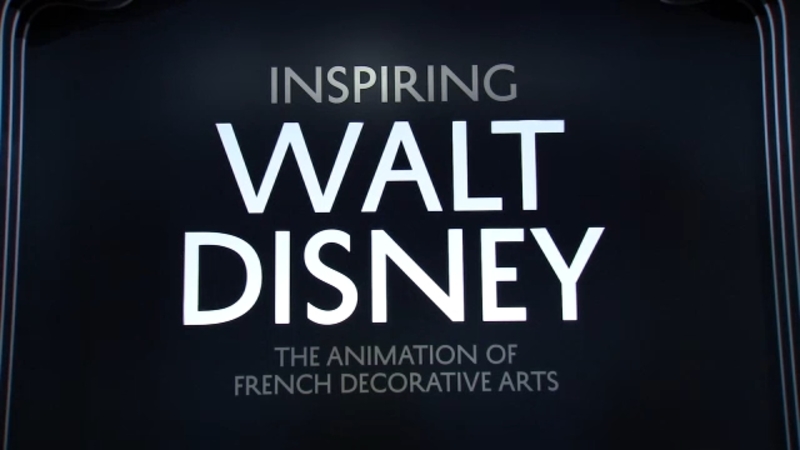 NEW YORK CITY -- At the Metropolitan Museum of Art in New York City, scenes from "Beauty and the Beast" play next to antiques that inspired some of Disney movies' most iconic scenes.

It's part of an exhibit called "Inspiring Walt Disney," featuring items from the Disney Studio alongside artwork that is hundreds of years old.

It's a tribute to one man's fascination with France and how Walt Disney channeled that into his uniquely American movies.

Amid all the art and antiquities at the Met, it's now possible to learn about the roots of fairy tales like "Cinderella" and "Sleeping Beauty" in the early 1700s.

Sandy Kenyon has the latest on the Hollywood Foreign Press Association Golden Globes nominations and how a skeptical Hollywood reacted Monday morning.

"'Sleeping Beauty' is a very good example where you can see very distinct influences of French Medieval art on the film," curator Wolf Burchard said.

Burchard is an expert in Medieval art, but as a teenager, he dreamed of becoming a Disney animator.

"I was always looking at Disney animation like I would be looking at a great work of art," he said.

For this exhibit, he decided to combine his passion for animation with his expertise in decorative art to help display the source of Disney's inspiration.

"What we're showing in the exhibition is in parts the direct inspiration of 18th century art on Walt Disney," he said.

After a trip to France in the 1930s, Disney brought back hundreds of art books to inspire his animators in California. They saw pictures of objects we get to see for real at the Met.

When viewed side by side with the drawings and film clips, the connection becomes obvious -- never more so than when you consider Disneyland's famed Sleeping Beauty Castle.

"Disney calls this their 'Mona Lisa,'" Bouchard said. "It's the first bird's eye view of Disneyland, and in fact, on the top of it, you can see the first version of the Disneyland castle, which is inspired by Schloss Neuschwanstein in Germany."

A tour of what the museum calls "the architecture of the imagination" serves to deepen our understanding of these beloved classics and enhance out appreciation of a genius who harnessed the talents of so many artisans -- past and present -- to create what we know and love.

I can't think of a better way to get your kids to go to a museum.

"Inspiring Walt Disney" runs through March 6, and you can CLICK HERE for more information.