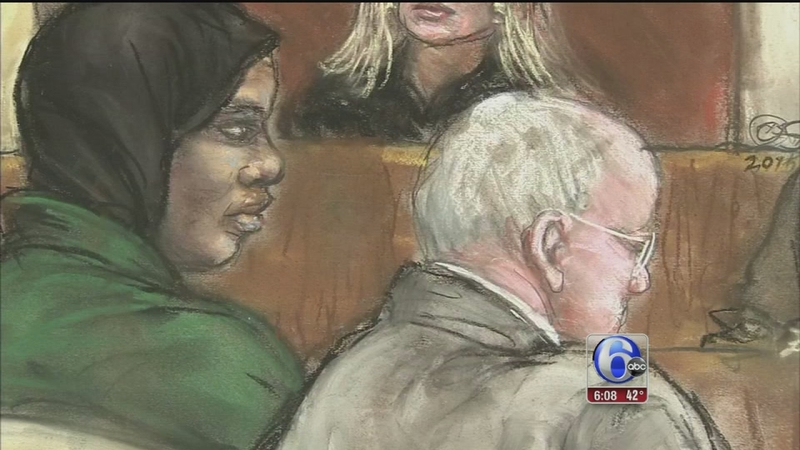 PHILADELPHIA -- A judge has ordered a Philadelphia woman jailed pending trial on charges she tried to join and martyr herself for ISIS.

The judge's ruling came after prosecutors argued at a detention hearing Thursday that 30-year-old Keonna Thomas is a flight risk and a threat to the community.

Thomas has been in custody since her arrest last week. Prosecutors say the unemployed mother of two young daughters made arrangements to fly to Spain last month with hopes of reaching Syria to fight with the terror group.

Defense attorneys argued Thomas should have been sent home with a GPS tracking device.

Only Action News was there last month, when FBI agents raided her home in the Spring Garden section, preventing her from leaving the U.S.