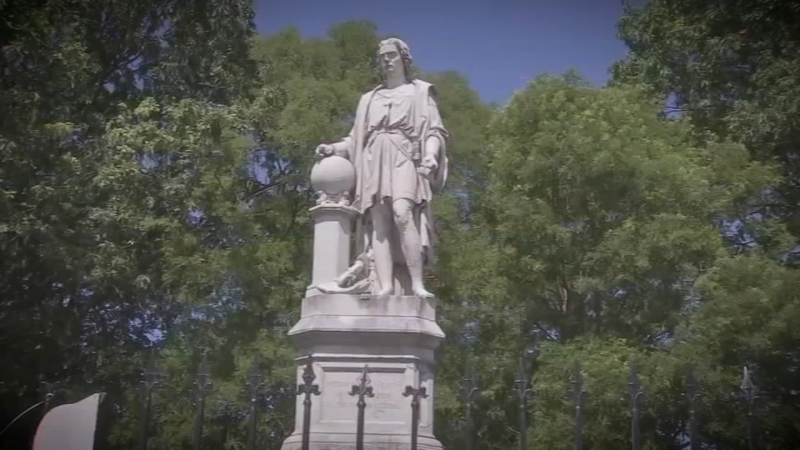 PHILADELPHIA (WPVI) -- Several Italian-American organizations announced a lawsuit on Tuesday against the City of Philadelphia and Mayor Jim Kenney over the canceling of Columbus Day as a city holiday.

The suit, which was filed in U.S. District Court, cites the boxing up of the Christopher Columbus statue in South Philadelphia's Marconi Plaza and the removal of the Frank Rizzo statue in Center City.

The attorney claims the mayor violated several laws through these actions.

"The executive order violates the equal protection clause of the United States Constitution because he's choosing which ethnic groups to foster and support, and which ethnic group to condemn," said attorney George Bochetto.