Billboard pops up in Philly hours after blockbuster James Harden trade: 'The beard is here'

The billboard was spotted along I-95 near Oregon Avenue in South Philadelphia.
WPVI
By Bob Brooks 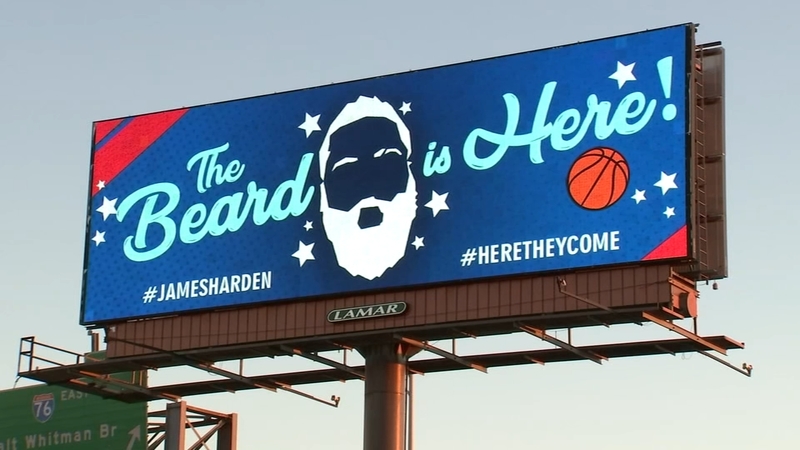 Billboard pops up on I-95 after blockbuster James Harden trade

"James Harden is one of the truly elite players in the league. His career has been defined by incredible personal achievement, including honors as NBA MVP and three-time NBA scoring champion," Philadelphia 76ers Managing Partner Josh Harris said on Thursday night.

It didn't take long for a digital billboard to show up along I-95 near Oregon Avenue in South Philadelphia to welcome Harden. 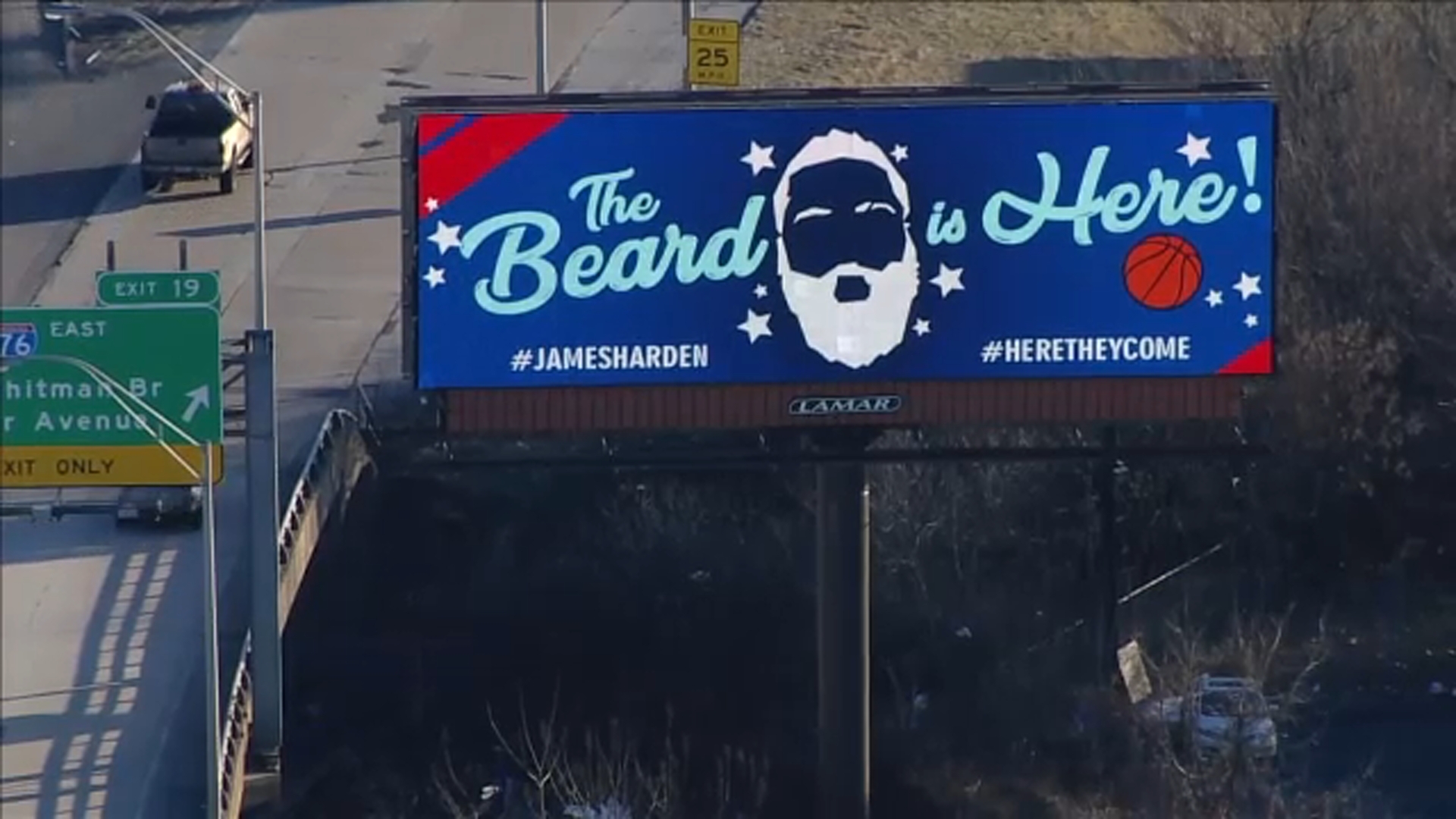 Action News stopped by the basketball courts in South Philadelphia to hear from fans on the blockbuster trade.

Other fans were not as excited.

"We got a washed-up player," said Paul O'Brien of South Philadelphia.

So what did the 76ers have to give up?

Brooklyn will receive Philadelphia's unprotected 2022 first-round pick, with the right to defer it to 2023, as well as a top-8-protected 2027 first-round pick, according to Wojnarowski. That pick would remain top-8 protected in 2028, and will turn into two second-round picks -- and $2 million in cash -- if it doesn't convey in either season.

Harden has exercised his $47.4 million player option for the 2022-23 season as part of the trade, a source confirmed to ESPN's Bobby Marks. The 10-time All-Star is eligible to sign a four-year, $223 million extension with Philadelphia in August.

The 76ers canceled practice Thursday afternoon, with coach Doc Rivers saying it was the "human" thing to do, given all the noise that had surrounded his team over the past several months.

"It was strange," Rivers said. "I canceled practice. There's just so much stuff that's gone on, so many rumors. I just thought the human thing to do instead of the coaching thing was just to be very straightforward with our guys and tell them I get it. Everybody's names and all this stuff.

"So we'll do shootaround tomorrow with our team, guaranteed."