"Accolades or winning games is not as big as just being the coach at Villanova," Wright said.
WPVI
By 6abc Digital Staff 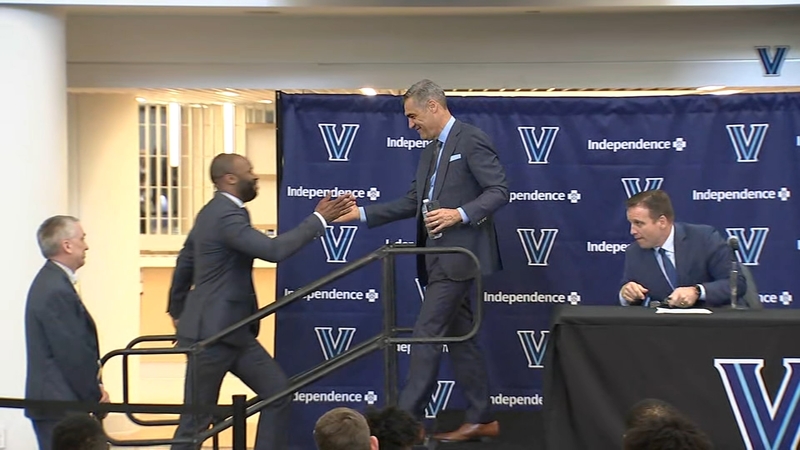 VILLANOVA, Pennsylvania (WPVI) -- Jay Wright officially retired as head coach of the Villanova's men's basketball team during a press conference Friday where he fought back tears, reflected on his time on the Main Line campus and was hopeful of the future of the program.

"This is kind of a strange day," Wright said, mentioning this would be his final sports press conference with "hoops in the house."

The tearful coach added, "Accolades or winning games is not as big as just being the coach at Villanova."

The 60-year-old Wright will remain at Villanova and stay involved in fundraising, advising, education and more.

In a press conference that also featured Villanova University President Rev. Peter Donohue and Vice President and Athletic Director Mark Jackson, Wright said he knew during this season that it was the right time to step back.

He said he started thinking about it for a few seasons, but this year he didn't feel he was at 100% anymore; he was without the edge he once had.

"We always ask our players - you're either 100% in or you're against us," Wright said. "Father and Mark and (University Trustees Chair) Justin Gmelich, part of this process was them trying to convince me not to do this...they said 70% of you is as good as anybody else, which I appreciate. But we could never coach that way."

"I just knew it was the right time."

Jay Wright explained what went into his decision to retire as Villanova head coach.

While he may not have been on the top of his game, the staff and leadership of the team were, Wright said, with his voice cracking with emotion.

The 60-year-old Wright will remain at Villanova and stay involved in fundraising, advising, education and more.

Wright was inducted into the Naismith Basketball Hall of Fame in 2021.

He joined North Carolina's Roy Williams and Duke's Mike Krzyzewski as the third coach with multiple championships to step down over the last two years.

Before he arrived, Villanova was known for upsetting Georgetown in the 1985 national championship game and the occasional trip to the NCAA Tournament.

Wright needed three years to build a foundation before Villanova broke through with a trip to the 2005 Sweet 16. An Elite Eight appearance followed the next year and the Wildcats reached the Final Four in 2009. 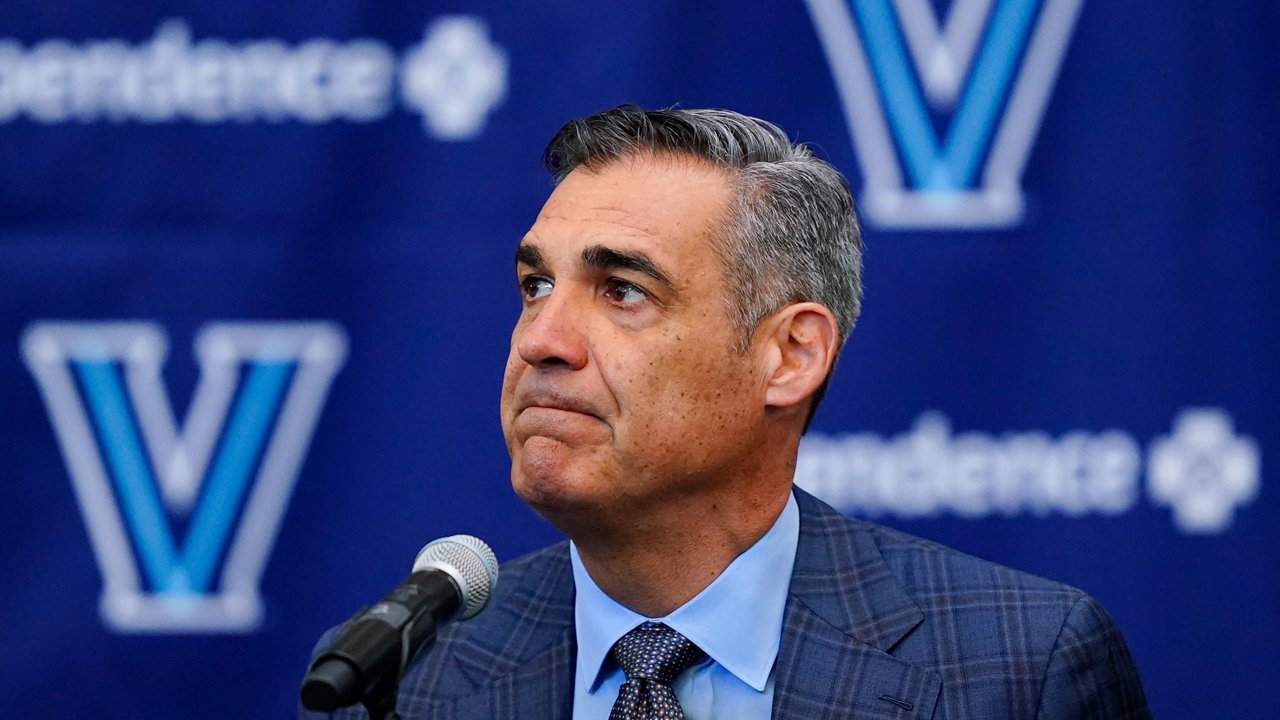 Jay Wright grimaces while speaking at a news conference about his resignation as NCAA college basketball coach at Villanova, in Villanova, Pa., Friday, April 22, 2022.

Villanova won its first national title under Wright in 2016 on Kris Jenkins' buzzer-beater and decimated the NCAA Tournament field in 2018, winning every game by double digits on its way to the national title.

He was selected AP coach of the decade in 2020.

Kyle Neptune, who served on the Villanova coaching staff before accepting the head coaching position at Fordham in 2021, returned to replace Wright.

“I dreamed of being the head coach, did I think it would happen this quickly— absolutely not.” - Kyle Neptune @6abc pic.twitter.com/PTssMMOqed

The 37-year-old Neptune was on Wright's staff for the 2009 Final Four team, then later spent three seasons as an assistant at Niagara before he returned to the Wildcats in 2013. He went 16-16 in his lone season at Fordham.

- The Wildcats have won a regular-season or postseason conference championship in each of the nine seasons since the Big East reconfigured in 2013.

- The Wildcats earned a No. 1 or No. 2 seed in the NCAA Tournament for the eighth time under Wright.

Wright was hired as head coach at Hofstra and went 207-122 with two NCAA Tournament appearances in seven seasons. Hired in 2001 to replace Steve Lappas, the Wildcats went to the NIT in Wright's first three seasons.

The Wildcats finished 30-8 this season and Wright's final game was an 81-65 loss to Kansas in the Final Four.

Wright, a Churchville, Pennsylvania native, played college basketball at Bucknell and started as an assistant at Rochester and Drexel. He spent five seasons at Villanova as Rollie Massimino's assistant, then followed him to UNLV for another two years before taking the head coaching job at Hofstra in 1994.

He rejected numerous NBA and other college overtures through the years and remained steadfast in his dedication to the Wildcats. Wright had stints coaching teams in the Pan American Games and World University Games; and served as an assistant coach under San Antonio Spurs coach Gregg Popovich for Team USA.