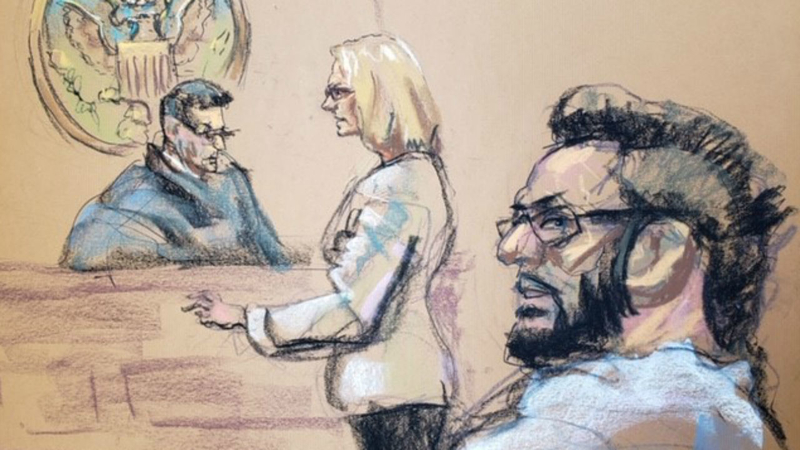 Delowar Mohammed Hossain, 33, of the Bronx, made his first court appearance in Lower Manhattan Friday afternoon.

He was arraigned on charges of providing material support for terrorism.

Authorities said he attempted to board a flight to Thailand -- allegedly with the intent to join the Taliban in Afghanistan.

He was arrested by FBI agents on a Qatar Airways plane just before it was to depart Kennedy Airport earlier Friday morning.

"As alleged, Hossain planned to travel overseas and join the Taliban in order to kill American soldiers," said Assistant Attorney General Demers. "The threat of terrorism at home and abroad remains, and the National Security Division is committed to preventing individuals from carrying out deadly plans such as this. I want to thank the agents, analysts, and prosecutors who are responsible for this case."

Authorities say there is no threat to the New York City area.