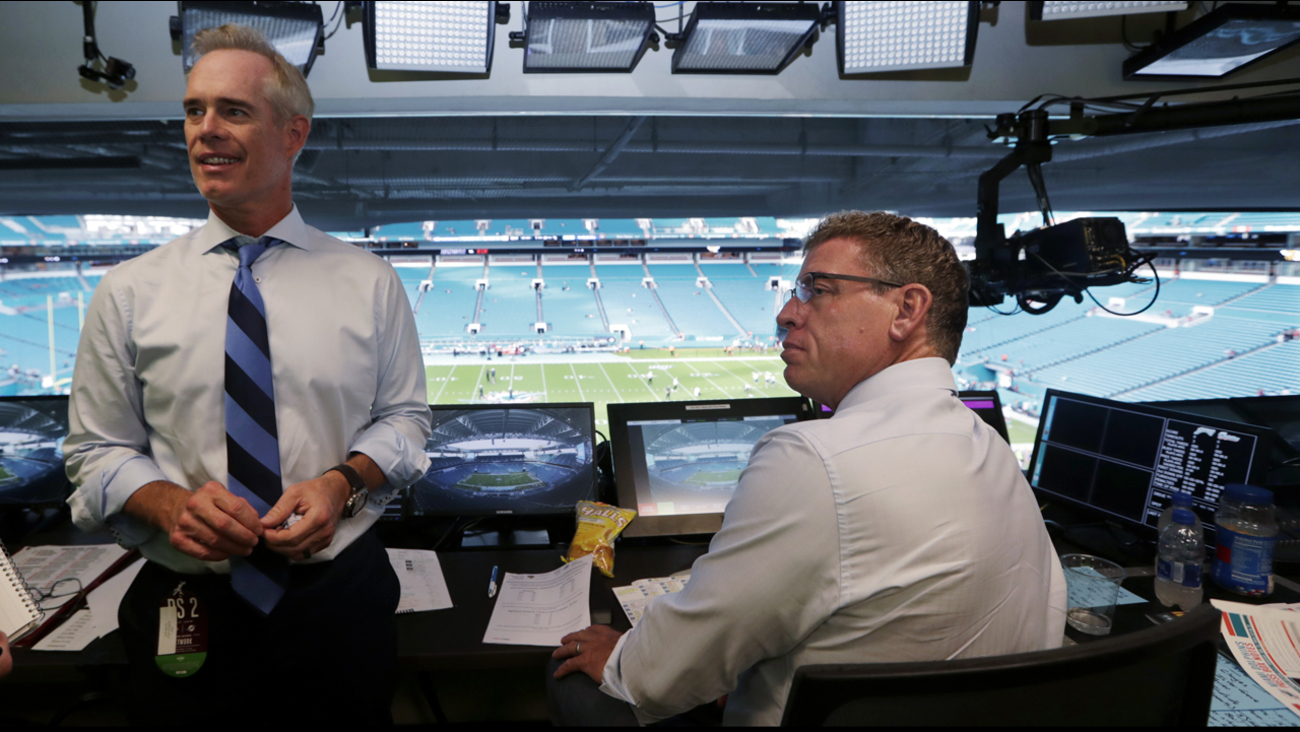 BRISTOL, Connecticut -- Joe Buck and Troy Aikman, who have teamed together for 20 NFL seasons in the broadcast booth, have signed multiyear agreements to join ESPN as the new voices for Monday Night Football, it was announced Wednesday.

The duo, who both have been inducted into the Pro Football Hall of Fame, will also contribute content to ESPN+.

"When you have the opportunity to bring in the iconic, longest-running NFL broadcasting duo, you take it, especially at a time when we are on the cusp of a new era in our expanding relationship with the NFL," said Jimmy Pitaro, Chairman, ESPN and Sports Content. "The NFL continues to ascend, and we now have more games than ever before, providing additional opportunities for Joe, Troy and our deep roster of commentators."

In 2022, Buck and Aikman will match the legendary broadcasting duo of Pat Summerall and John Madden with their 21st season together in the booth.

Buck and Aikman have called six Super Bowls, surpassing all other pairings/booths except for Summerall and Madden.

"Everything about Monday Night Football, including the broadcast, set the standard for the modern NFL experience," Buck said in a statement. "My earliest memories of walking around football stadiums are tagging along with my dad as he called Monday Night Football on radio.

"To return to the stadium on Monday nights with Troy -- who I have the utmost comfort with and confidence in -- and begin a new chapter, for us and ESPN, has me excited about this season and our future."

Beyond excited for the next chapter of my life. Here we go!!! @TroyAikman @espn pic.twitter.com/ggdlnziFQy

ESPN's new team will make their regular-season debut on Sept. 12.

Aikman, who won three Super Bowl titles as the quarterback of the Dallas Cowboys, was inducted into the Pro Football Hall of Fame in 2006; Buck entered the Hall in 2020 with the Pete Rozelle Radio-Television Award.

"The opportunity to be a voice on Monday Night Football, adding to its legacy and being a part of the future of the NFL on ESPN, has me motivated and reflective," Aikman said in a statement. "As a kid in California, the voices of Frank Gifford, Howard Cosell, and my mom's personal favorite, Don Meredith, echoed throughout our living room each week.

"Joe and I are humbled to be part of that same tradition that has existed for more than 50 years across generations of football fans. I am looking forward to the next several years with ESPN and all our new teammates."

Like most kids of my generation, I grew up watching MNF w Frank Gifford, Howard Cosell & my mom’s favorite Don Meredith so you can only imagine my excitement to be part of the legacy of MNF & continue working w Joe Buck, my broadcast partner for the last 20 years!#MNFonESPN🏈 pic.twitter.com/MKPeqncs0l