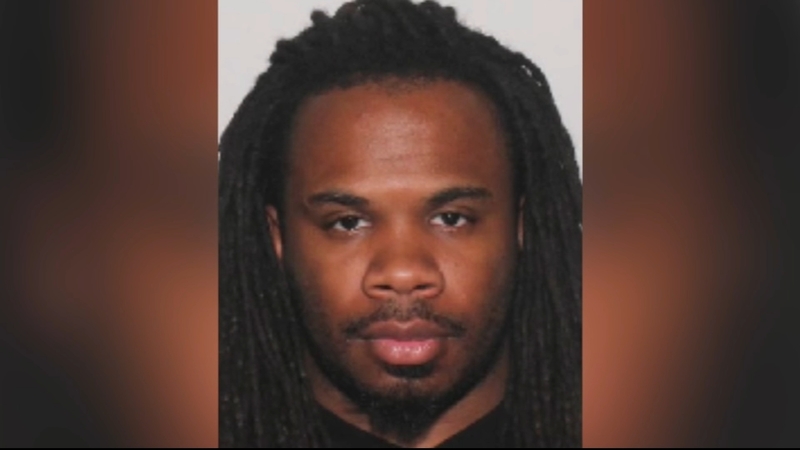 PHILADELPHIA (WPVI) -- The search for a serial rapist accused of attacking women in the Philadelphia region started after an attack in Indiana, according to an affidavit of probable cause obtained by Action News.

The accusations against 28-year-old Kevin Bennett of Indianapolis, include rape, robbery, burglary, and firearms offenses all occurring between May 15 and May 18 in the Delaware Valley.

In every case but one, Bennett allegedly followed female employees of gentleman's clubs in Philadelphia as those victims drove home from work.

In total, investigators say Bennett was involved in at least six criminal incidents, three of them ended with the victims being raped.

Bennett managed to escape authorities in Philadelphia, but he was ultimately arrested in Indiana over the weekend.

An accused serial stalker and rapist in Philadelphia is being investigated for attacks in a total of eight states.

According to charging documents, a surveillance operation was initiated on Friday in Indianapolis at locations known to be frequented by Bennett. Around 1:30 p.m. on May 22, Bennett was located exiting a silver Chrysler entering a Royal Fish and Chicken.

Bennett then left the business and drove across the street where federal agents swarmed in, the document states.

According to FBI officials, Bennett has been federally indicted in the Southern District of Indiana on drugs and weapons charges.

Over the past few days, surveillance images have been surfacing, appearing to show Bennett as the man behind a series of similar crimes in at least seven states dating back to April.

ABC affiliate WRTV reports Bennett is linked to a strong-arm robbery in Hattiesburg, Mississippi on April 5, according to an indictment. He was also allegedly involved in incidents in Slidell, Louisiana and Fultondale, Alabama, the station reports.

Investigators in Indiana started looking for Bennett back in April when a woman was attacked and found bleeding from the back of the head, according to a probable cause affidavit from the Marion County Prosecutor's Office.

The victim, who worked at a gentleman's club, told authorities that she was dragged down the stairs and into a restroom where she was sexually assaulted, according to the affidavit.

The document states that authorities initially arrested the wrong person for the crime, but a fingerprint on a condom wrapper used in the attack helped to identify Bennett as the suspect.

Bennett has been charged with rape, kidnapping and other related offenses in connection with that alleged attack.

On April 22, an FBI officer in Nashville contacted authorities in Indianapolis about a rape case involving an exotic dancer. According to the affidavit, a red Cadillac was caught on video leaving the crime scene. The plates later came back to Bennett.

Philadelphia District Attorney Larry Krasner has stated he intends to charge Bennett with multiple counts of rape, involuntary deviate sexual intercourse, and stalking once he's extradited back to Pennsylvania.

Professor Jules Epstein, from Temple University's Beasley School of Law, says the problem is that the primary intent behind extradition laws is not tailored around cases involving a suspect who goes on a multi-state crime spree.

"Extradition is usually used because somebody fled," the professor says. "I commit the crime here and I flee to my parent's house in New Jersey. Right? You have to extradite me back. And it's not often that I also commit a crime in New Jersey."

Professor Epstein says the timing behind Bennett facing a judge in Philadelphia will depend on prosecutors from all of the states involved coming up with a rational extradition order.

Sources tell Action News that Bennett was also allegedly seen in New York recently. At this point, though, there is no indication he was behind any criminal activity there.

No timetable has been given on when Bennett could face a judge in Philadelphia.