This past May, Bryant was posthumously inducted into the Naismith Memorial Basketball Hall of Fame.
WPVI
By 6abc Digital Staff 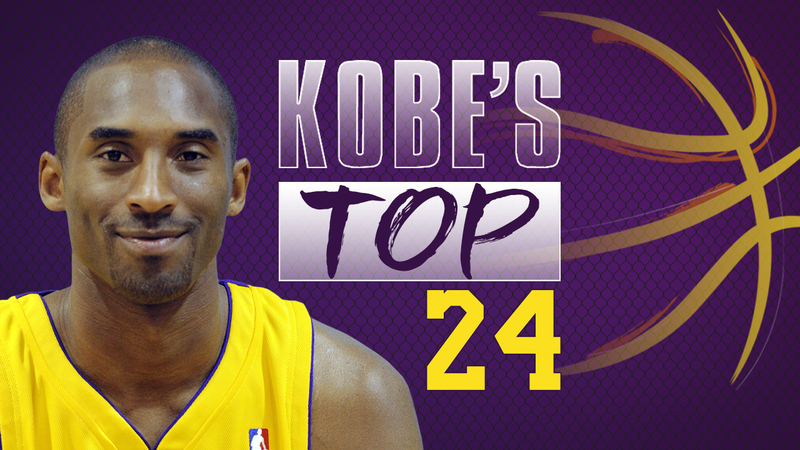 He, his 13-year-old daughter Gianna and seven others were killed in a helicopter crash in Calabasas, California on Jan. 26, 2020.

This past May, Bryant was posthumously inducted into the Naismith Memorial Basketball Hall of Fame.

"I used to always avoid praising my husband in public because I felt like he got enough praise from his fans around the world and someone had to bring him back to reality," his wife Vanessa Bryant said at the Mohegan Sun Arena in Uncasville, Connecticut. "Right now, I'm sure he's laughing in heaven because I'm about to praise him in public for his accomplishments on one of the most public stages. I can see him now, arms folded, with a huge grin saying, 'Isn't this some s---?'

In his 41 years, Bryant left on an impact on and off the court, especially in his hometown.

Kobe played for Lower Merion coach Gregg Downer from 1992 to 1996 before going directly to the NBA.

He won five championships and one regular-season MVP award.

"When it happened, I said 'we lost the heartbeat of Aces nation' ... and I really believe there's some validity to that. We lost our heartbeat," Downer told Action News last year. "There are reminders of him everywhere.

"It is hard to believe. The sadness is with us forever."

Before the Hall of Fame ceremony, Downer explained just what the moment would've meant to Bryant.

"This is his pinnacle moment. This is what he wanted for a long time, and it would be very easy to look at this traumatically and from a sad perspective, but I'm very proud of him. I hope he's looking down and feeling a lot of the same pride," said Downer.

"This is his pinnacle moment," said Lower Merion's Gregg Downer, who was Kobe Bryant's high school basketball coach. The NBA legend will be inducted into the NBA HOF this weekend.

Bryant's idol, Michael Jordan, was his presenter into the Hall of Fame. Downer said Bryant would've been thrilled over that if he was alive to see it.

Vanessa Bryant's speech, given with Jordan standing next to her, focused on her relationship with her husband, as well as his with his children.

"I don't have a speech prepared by my husband because he winged every single speech," she said. "He was intelligent, eloquent and gifted at many things, including public speaking. However, I do know that he would thank everyone that helped him get here, including the people that doubted him and the people that worked against him and told him that he couldn't attain his goals.

"He would thank all of them for motivating him to be here. After all, he proved you wrong."

Vanessa Bryant also spoke about his legendary determination and will to play through injuries, including when he made two free throws and walked off the court under his own power after tearing his left Achilles tendon.

She said that ability came from watching Jordan while growing up, and following Jordan's example of trying to always put on a show for the one person who might get to see him play only that night, in only that game.

"People don't know this, but one of the reasons my husband played through injuries and pain was because he said he remembered being a little kid, sitting in the nosebleeds with his dad to watch his favorite player play," she said, sneaking a look at Jordan while the crowd laughed. "He could recall the car ride, the convos and the excitement of being lucky enough to have a seat in the arena. Kobe didn't want to disappoint his fans, especially the ones in the 300 section that saved up to watch him play, the kids with the same excitement he once had.

"I remember asking him why he just couldn't sit a game out because he was hurting. He said, 'What about the fans who saved up to watch me play just once?' He never forgot about his fans. If he could help it, he would play every minute of every game. He loved you all so much."

Ultimately, though, she said Bryant's favorite fans were his daughters, whom he doted on constantly and whose events he tried his best to attend.

"Thank you for never missing a birthday, a dance recital, a school awards show, show-and-tell or any games our daughters played in if your schedule permitted. Thank you for putting your love for our family first. Thank you for bringing so much joy to our lives and joy to people around the world. Thank you for inspiring us to be better than we were the day before. Thank you for teaching me, and all of us, to put someone else's joy before our own.

She finished by telling Bryant that his bet on himself, as he'd once told her is always the best one to make, had paid off.

"Congratulations, baby. All of your hard work and sacrifice has paid off," she said. "You once told me, if you're going to bet on someone, bet on yourself. I'm glad you bet on yourself, you overachiever. You did it. You're in the Hall of Fame now. You're a true champ.

"You're not just an MVP. You're an all-time great. I'm so proud of you. I love you forever and always, Kobe. Bean. Bryant."

Downer said Bryant wanted to be one of the greatest ever and the Hall of Fame "put a stamp on that."

"Hard work. Dedication. Results...That's a slogan that is directly connected to Kobe Bryant. That's what we try to do here at Lower Merion as players and as students," Downer said.