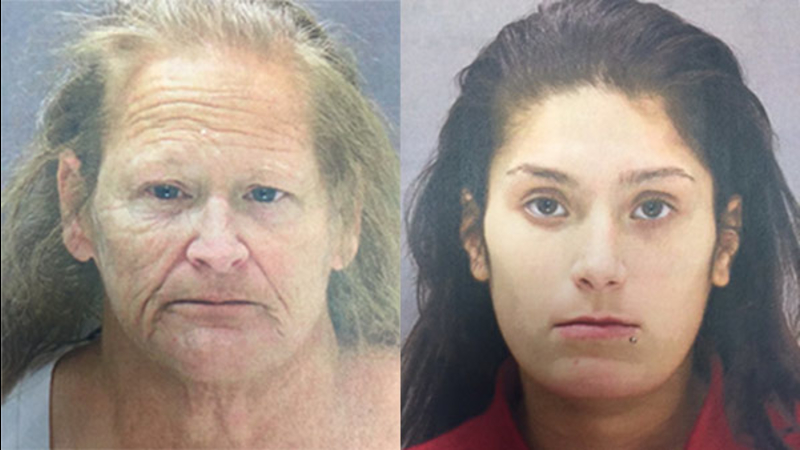 LEVITTOWN, Pa. (WPVI) -- Two women are facing charges in connection to a robbery in a Bucks County pizza shop that ended with one suspect dead.

Robin Soto and Chasity Ramos are charged with robbery and conspiracy to commit robbery.

Bail is set for each at $2 million.

Soto, 52, is the mother of suspects Shawn and Justin Rose. Ramos, 25, is Justin Rose's pregnant girlfriend.

VIDEO: Here they are walking into court for arraignment. The surviving suspect's girlfriend is 7 mos. pregnant w 2 daughters at home @6abc pic.twitter.com/GL2IzClgzv

Prosecutors say both women scoped out Porfirio's II Pizza and Pasta right before the robbery last Tuesday and served as a lookout.

It happened after 10 p.m. at the restaurant in the 900 block of Veteran Highway (Route 413) near Trenton Road in Levittown.

Middletown Township Police say a customer and two employees were inside when the Rose brothers entered the restaurant.

Police say they were yelling commands at the customer, who complied, backed away and put his hands up.

"When the armed suspect looked away for a moment, the customer pulled out a .45 caliber handgun from beneath his jacket. He shot the man who had just pistol-whipped him once in the torso, killing him," Weintraub said.

The man killed was identified as 24-year-old Shawn Rose.

The customer then turned to 22-year-old Justin Rose, who was pointing the gun at the clerk, and fired twice. Authorities say the suspect fell through the pizza shop's front door.

Justin was taken to Jefferson University Hospital in critical condition. Action News is told his condition has been upgraded and he is speaking.

Police say the two women fled the scene after the customer shot the suspects.

Investigators say the customer will not be charged.