Lori Loughlin and husband Mossimo Giannulli abruptly changed course and pleaded guilty in the college admissions scandal last week recognizing that the experience had taken "a huge emotional and physical toll on both of them," according to a new report.

Actress Lori Loughlin and her husband Mossimo Giannulli abruptly changed course and pleaded guilty in the college admissions scandal last week recognizing that the experience had taken "a huge emotional and physical toll on both of them," according to a new report from People magazine.

Loughlin and Giannulli pleaded guilty Friday to paying half a million dollars to get their two daughters into the University of Southern California as part of a college admissions bribery scheme, but a judge has not decided whether he'll accept the deals they made with prosecutors.

Citing sources, People reported this week that the couple "deeply regret what they did."

"Previously, Lori and her husband really didn't want any jail time, so they rejected any offer where jail was on the table," People senior writer Steve Helling said in an interview with "Good Morning America." "She was the one who is rejecting the offers first off because she had a specific idea of how she thought that this needed to be done."

He added: "Because this isn't a whole lot of time and because they'd be able to move on quickly, they decided now was the time to make the deal."

As to whether or not the couple will actually serve time in jail as nonviolent offenders in many places are being released for their own safety due to the coronavirus pandemic, ABC News legal analyst Dan Abrams said it's "almost certain."

"And if the reason they made this deal was because of COVID, that may end up coming back to bite them," he continued.

Loughlin and Giannulli had been scheduled to go to trial in October on charges that they got their two daughters into USC as crew recruits, even though neither girl was a rower. Prosecutors say they funneled money through a sham charity operated by college admissions consultant Rick Singer, who has pleaded guilty to orchestrating the scheme.

Prosecutors recorded phone calls and emails showing the couple worked with Singer to get their daughters into USC with fake athletic profiles depicting them as star rowers. In one email, Singer told Loughlin and Giannulli he needed a picture of their older daughter on a rowing machine in workout clothes "like a real athlete."

Giannulli responded, according to the court filings: "Fantastic. Will get all" and sent Singer the photo.

Prosecutors also had a bogus resume presented to USC that falsely claimed their younger daughter, social media star Olivia Jade, rowed in prestigious competitions like the Head of the Charles. Singer and the former coach he paid to create Jade's fake athletic profile are cooperating with investigators and were expected to testify against the couple at trial.

Loughlin and Giannulli insisted for over a year that they were innocent and that they believed their payments were legitimate donations to the school or Singer's charity.

They accused prosecutors of withholding evidence that would exonerate them and claimed investigators had sought to trick parents into incriminating themselves. The judge this month rejected the defense's bid to dismiss the case over allegations of misconduct by federal agents.

Lori Loughlin reports to prison after plea in admissions scandal 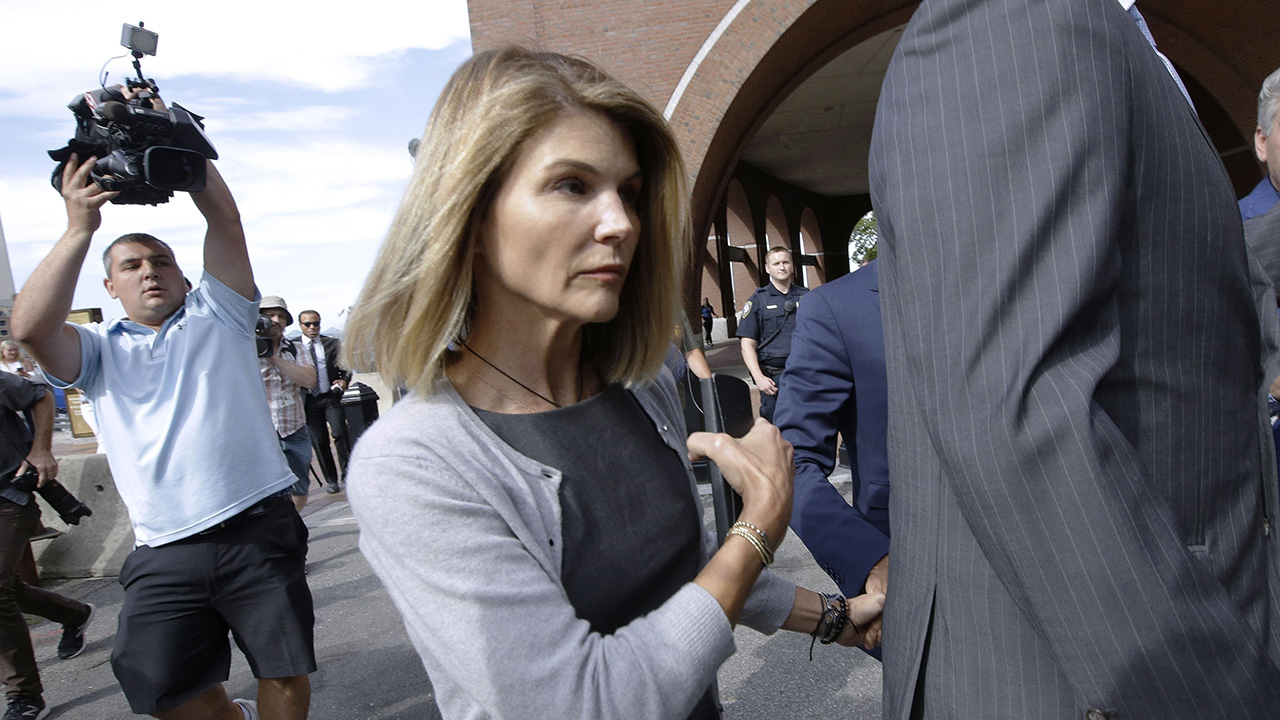