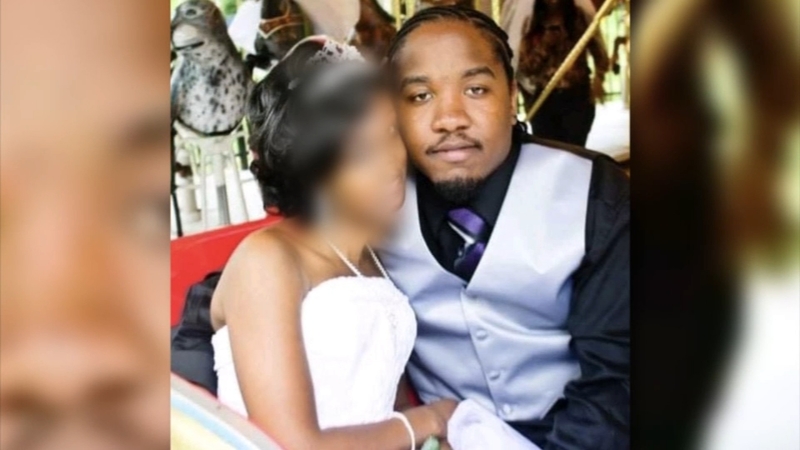 PHILADELPHIA (WPVI) -- Philadelphia police have identified the motorcyclist killed in a crash on Roosevelt Boulevard.

Philadelphia Police say a woman turned herself into police after she left the scene of a deadly motorcycle accident. The victim 35 yr old Kelvin Williams sideswiped her SUV then crashed and died. They believe the SUV driver fled after seeing he was badly injured. @6abc pic.twitter.com/CLWDBY5P00

Police said 35-year-old Kelvin Williams of Elkins Park, Montgomery County was riding a Suzuki motorcycle southbound on the Boulevard, weaving in and out of lanes at a high rate of speed.

The motorcycle struck the rear of a Nissan SUV which was crossing over to the left lane.

Police said Williams lost control of the motorcycle and crashed into a light pole. The impact ejected Williams from the bike.

The 35-year-old was pronounced dead at the scene.

Police tell Action News the driver of the SUV got out, looked at the victim and then took off.

The driver eventually turned herself into police at 15th District headquarters.

"He was the greatest guy in the world, friendly, always there to help out. Just all around good guy," said Ricky Sokun, a friend of Kelvin.

"That was our brother," another friend said.

There are no charges being filed at this time but the investigation is ongoing.
Report a correction or typo
Related topics:
oxford circle (philadelphia)philly newsmotorcyclesaccidentroosevelt boulevardcrash
Copyright © 2021 WPVI-TV. All Rights Reserved.
More Videos
From CNN Newsource affiliates
TOP STORIES