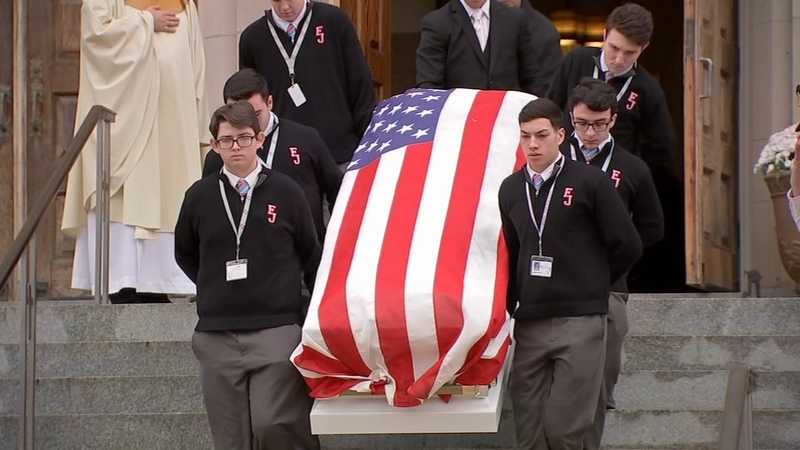 PHILADELPHIA (WPVI) -- More than 100 people attended the funeral for an Air Force veteran they had never met on Monday in Philadelphia.

Mark McCafferty, of McCafferty funeral homes, put out a call on Facebook explaining that the veteran had outlived any known loved ones, and he did not want her to be buried alone.

Strangers from all around Philadelphia did not disappoint.

They showed up for a touching tribute at Saint Timothy's Church in Mayfair.

Among the attendees was acting Philadelphia police commissioner, Christine Coulter.

"We just thought that somebody should be here to pay our respects and let her life of service not be forgotten," Coulter said.