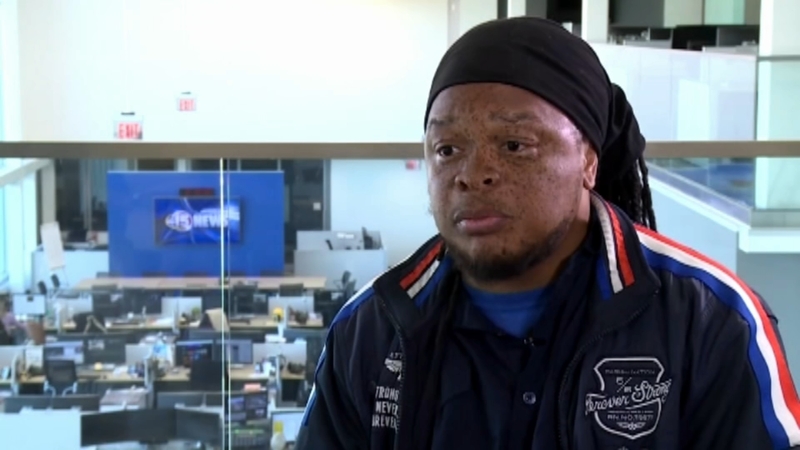 MADISON, Wisconsin (WPVI) -- A Wisconsin man was fired from his job as a security guard after using a racial slur, but he says he used the word only to counsel a student about why he should not use it.

Now, he says he's not mad. Instead, he's overwhelmed by the support that he has received from across the country.

"I didn't have an opportunity to be mad, scared, worried or anything. I just got hit with, like, a bus load of love," Anderson told WMTV. "Literally, people have stopped me on the street and just gave me a hug."

Even Cher chimed in on Twitter saying she would cover any of Anderson's legal expenses.

"The keyword, or the catchphrase, for me right now is just overwhelmed," Anderson said.

Anderson says this magnitude of a response was the last thing he expected.

"It is such a blessing because I keep thinking I'm supposed to be angry right now with everything that has been going on, but I haven't had an opportunity to be angry because I'm surrounded by so much love," Anderson said.

"You lose your job. The first thing that popped into head was oh my god, my family, my health," he said.

Anderson was fired from his job as a security guard at Madison West High School for repeating a racial slur as he was telling a student not to use it.

The school district says they have a zero tolerance policy for employees saying racial slurs.

But he tells me in this case, context means everything.

"In the context in which I used the word I was trying to correct a behavior, correct a mentality," Anderson said.

Anderson says the last three years that he's worked at the school, he's strived to be a positive influence for students.

And on Friday morning, it showed.

Hundreds at Madison West High School walked out of class to stand in solidarity with Anderson.

"I was so proud of those young people. Usually people go through their whole life and they think they made an impact," Anderson said.

But Anderson says he knows he's made a difference.

If he gets his job back, he'll continue to motivate students and be a light of positivity

"If a young man is walking through the hallways, walking through life with a mentality that I'm a n-word, he needs to be told you are so much more than a word that was given to you to oppress you," Anderson said.

The Boys and Girls Club of Dane County gave Anderson a temporary job, just 24 hours after he was fired from Madison West.