Matt Damon opens up about hunkering down in 'gorgeous' Irish town during coronavirus pandemic, parallels to 'Contagion' 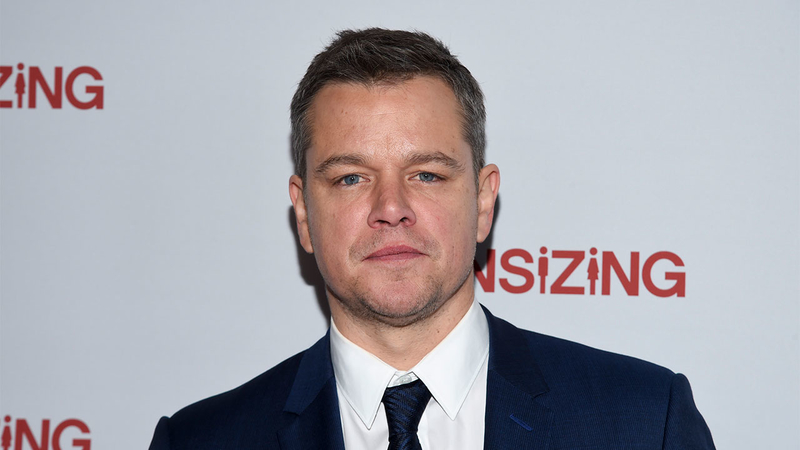 DALKEY, Ireland -- As parts of his 2011 thriller "Contagion" play out in real life, actor Matt Damon says he is hunkering down in an "absolutely gorgeous" seaside Irish community after production was suspended on a film he was shooting in Europe.

In an interview this week with "Fully Charged with Graham & Nathan" on Dublin radio station SPIN 1038, Damon said he, his wife and their three younger children have remained in Dalkey, a suburb southeast of Dublin, since production was shut down early March. He said his oldest daughter, who has been in New York City, contracted COVID-19 "really early on" but "got through it fine."

"Everyone's doing the isolation and social distancing and hand-washing and everything we can to mitigate this. It's frightening, certainly for our parents," Damon said.

Health authorities initially advised those in Ireland to stay within 2 kilometers of their home. Damon said he has access to "trees and forest and woods and ocean" near where he's staying in Dalkey and said he "can't think of any place you'd rather want to be in a 2-kilometer radius of." He described the community as "one of the most beautiful places we've ever been" and likened it to a fairy tale.

Though the coronavirus pandemic has been "horrible," Damon conceded that "for my family, it timed out right" for them to end up in Dalkey for an extended period of time.

Nathan, one of the hosts, said Damon has become an "absolute hero" to the locals during his time in Dalkey, adding that they are "protecting you like a glorious gem."

Added co-host Graham: "We're not really used to having A-list celebrities in Ireland, so when they do come we tend to protect them."

Graham and Nathan explained that they had been trying in earnest to track Damon down for an interview on their show, joking that they had gone so far as to infiltrate local Facebook groups in search of Damon. Ultimately, though, it was another A-lister who convinced Damon, who was aware of Graham and Nathan's efforts, to call into their show.

Damon explained that he was FaceTiming with Bono, who lives in a neighboring community, and the U2 frontman brought up the radio station's efforts to get in contact with him.

"That was the final impetus for me. I was like, I really have to track those guys down. I've got to call into that show," Damon said.

Asked about the parallels between the coronavirus pandemic and the plot of "Contagion," Damon called the situation "tragic and sad" but said he hopes something good can come from it: "Ten years ago we made a movie just by talking to experts and asking them how would this work and how would it go down...Luckily this isn't as lethal as it might have been, so maybe this is a really good dry run for the big one that might come along."

"It's best to be ready for it," he added. "At least now we understand what to do and we won't look at people like they're crazy when they tell us to go sit at home and wash our hands and socially distance."