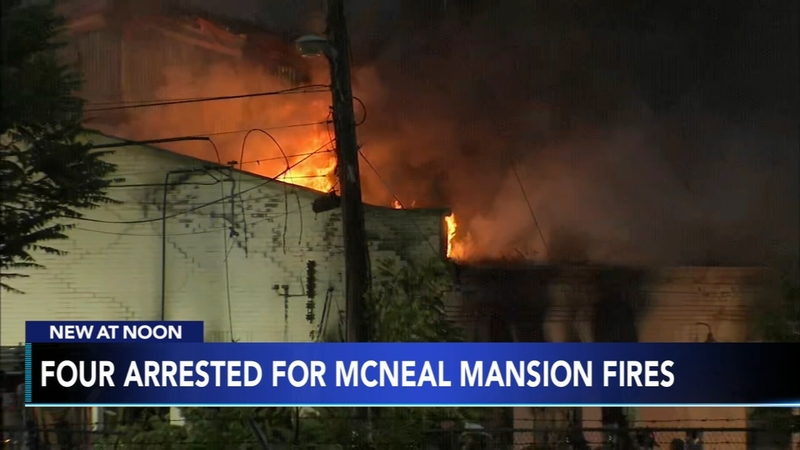 According to police, the first fire happened on April 26, and the second incident occurred on June 7.

During the investigation, detectives found video of the four people entering the property and returning after the fires were set. A resident's home camera captured a suspect vehicle and persons of interest which were released publicly, but a citizen tip led to the discovery of the vehicle in Gloucester Township, police said.

The motive of the fires is still being investigated.

According to police, the four suspects are also being looked at to see if they were involved in any other fires in the region.