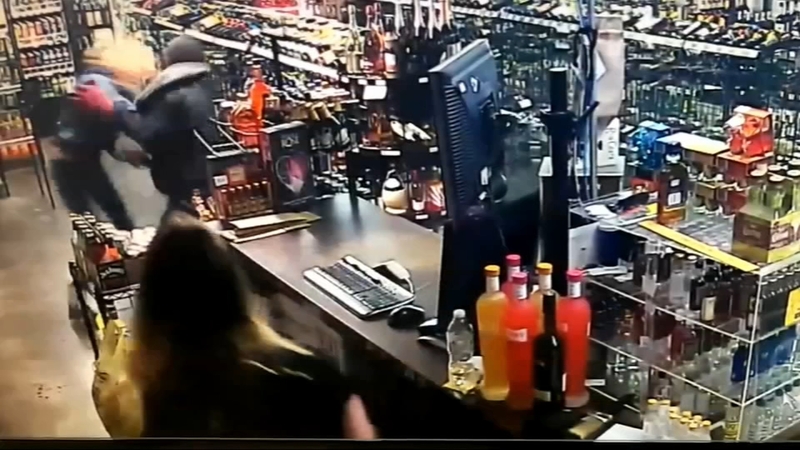 Mother and daughter fight against violent robber in Oklahoma

An incredible scene was caught on surveillance video in Oklahoma where a mother and daughter got into a shoot-out and violent struggle with an armed robber trying to hold up their store.

As the robber turned away, the mother and daughter grabbed guns of their own.

The mother, Tina Ring, shot and wounded the robber.

However, he still came at them again.

The robber did wrestle the gun away, pistol-whipping the mother and then went after the daughter.

The daughter then fired a shot at point-blank range. She fled the store with her mother.

The suspect is now in police custody. He may be connected to ten other robberies in the area.