The name of the rapper's restaurant is in reference to a line from Eminem's 2002 hit "Lose Yourself."
CNNWire
By Marianne Garvey, CNN 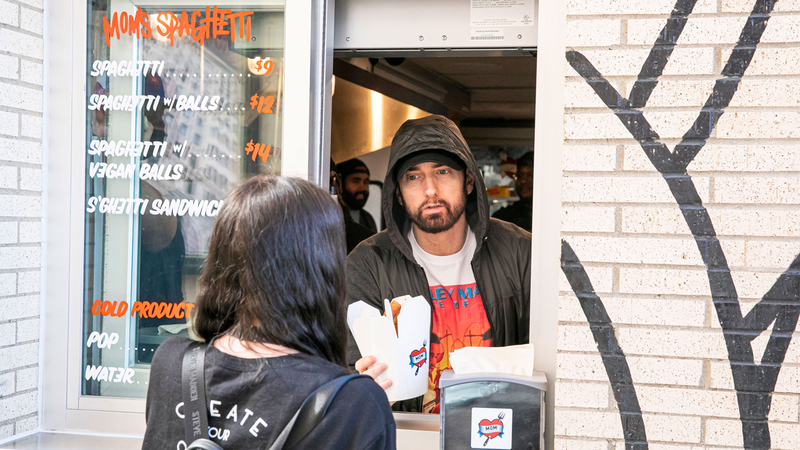 Eminem served pasta to guests at his restaurant opening

DETROIT -- Eminem surprised guests by serving up pasta at the grand opening of his Mom's Spaghetti restaurant in downtown Detroit on Wednesday.

Slim Shady himself was not expected to be there but drove up in a car and soon appeared in the serving window.

The name of the rapper's restaurant is in reference to a line from Eminem's 2002 hit "Lose Yourself."

"His palms are sweaty, knees weak, arms are heavy," Eminem raps in the song. "There's vomit on his sweater already, mom's spaghetti."

He was quickly recognized by fans who took to social media to post pictures of Em handing out spaghetti, meatballs, and other Italian foods on his menu. On the menu is Mom's Spaghetti for $9, Mom's Spaghetti with Meatballs for $12 and a 'Sgetti Sandwich, spaghetti on bread, for $11.

"Mom's Spaghetti -- it's all ready," the restaurant proclaims in a promo. 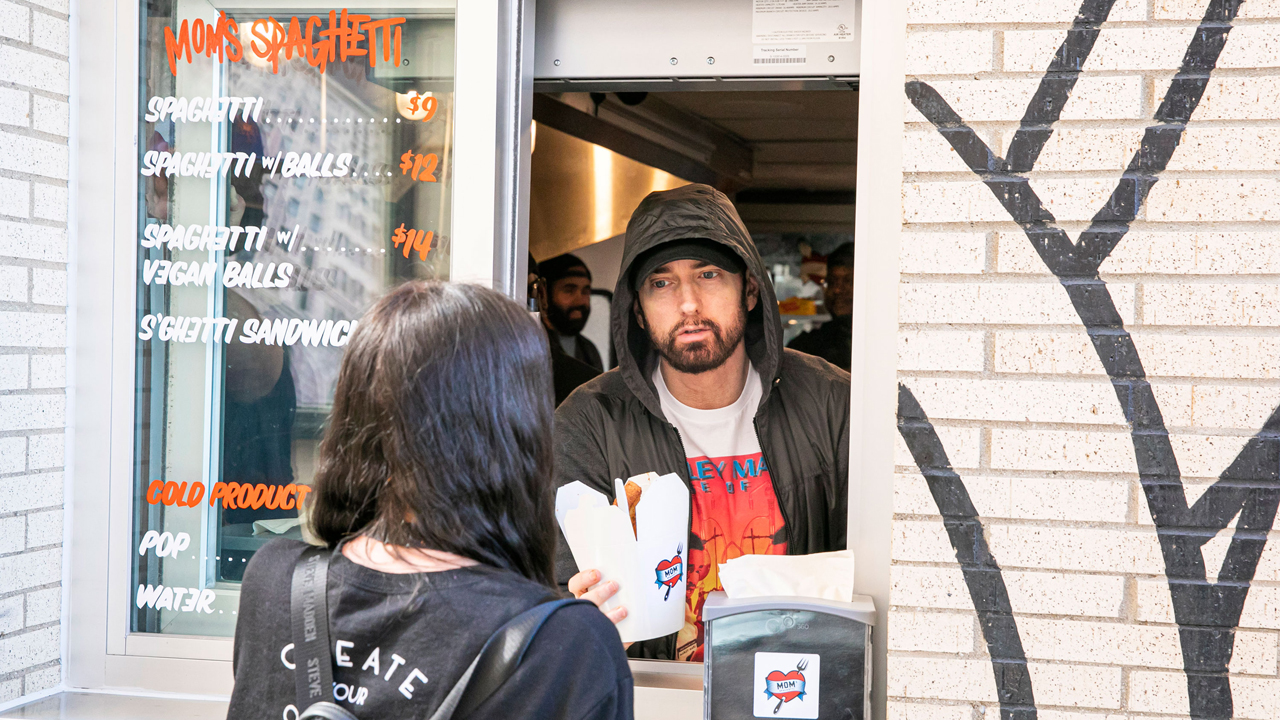 Eminem serves a fan on the opening night of his restaurant Mom's Spaghetti in Detroit.

The Oscar and Grammy-winning rapper and actor experimented with the eatery as a pop-up restaurant in 2017.

The restaurant, located on Woodward Avenue, has limited seating and a walk-up window.