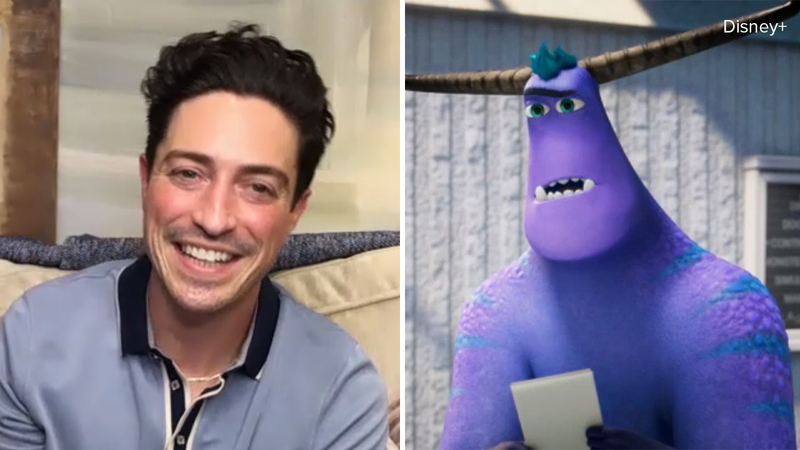 NEW YORK -- What happens when Monsters, Incorporated switches from scare power to laugh power? The new Disney+ series "Monsters at Work" answers that question with monsters from the original and some new faces!

Mike (Billy Crystal) and Sully (John Goodman) are back to work and trying to harvest the laughter of children to fuel Monstropolis.

He's in for a big surprise when he learns scaring is out and laughter is in!

"He's a kid who spent his entire life prepping and studying to be a scarer, he's a front-of-the-class kind of kid, he's very goal-oriented," Feldman said.

Until he can get his laughter harvesting skills up to speed, he is temporarily reassigned to MIFT, the Monsters, Inc. Facilities Team.

He works alongside a bunch of misfit mechanics while trying to achieve a job as a Jokester.

Next week, these #MIFTers are taking on the Laugh Floor. (1/2)#MonstersAtWork, an Original Series, starts streaming with a two-episode premiere July 7 on #DisneyPlus. pic.twitter.com/JBFQRmHCPT

"It's surreal and it's cool and I feel like I somehow fooled somebody, I crowbarred my way into this show and I'm just waiting for them to figure out that I was not the guy," Feldman said. "In this day and age, you can't just remake something. You have to bring something extra. You have to make it either just as good, just as good is the bare minimum, and better is the goal, and I think that's sort of where we're at right now."

Don't miss the big premiere of "Monsters at Work" on July 7, with new episodes dropping every Wednesday.

A behind-the-scenes l̶o̶o̶k̶ listen into the soundtrack of #MonstersAtWork? Music to our ears! 🎶🔥