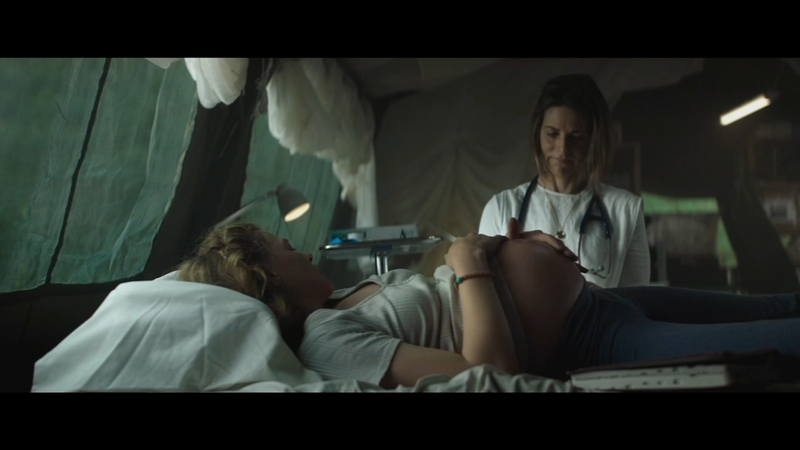 PHILADELPHIA (WPVI) -- "Mother/Android " is a Hulu original film that proves how far we will go to protect our children.

In the sci-fi thriller, two college students are unexpectedly expecting and running from danger in a war with artificial intelligence.

This is a film about technology, with angry androids turning on humans in a post-apocalyptic world. But at the heart, the cast says this is a story of parenthood and the protection that starts at pregnancy.

Actress Chloe Grace Moretz isn't a mother in real life, but truly understands the lengths any parent will go to for their child.

"We get to the the part in the movie where the baby is going to be born soon," she said. "It felt as palpable as you can imagine and as realistic as you can imagine. Hormonally, it really it played with my head a little bit, that's for sure."

"A lot of people, I'm sure, have gone through what Sam and Georgia go through with the young pregnancy and trying to figure it all out," said Algee Smith, who plays the baby's father. "Real people don't have to fight off robots in the world, but they do question the best thing to do with our child."

"Mother/Android" is Mattson Tomlin's directorial debut and the storyline is very personal.

"It is a very loose adaptation of my birth story," said Tomlin. "I wanted to write a love letter to my biological parents and what they went through in 1989 with the Romanian revolution. Switching that into a robot revolution seemed like a way to say what I wanted to say about families about parents and children and love, but doing it in a way that didn't feel preachy."

Tomlin says he wanted this to feel out-of-this world, but also raw and real.

"The robots were always going to be there - and the action," he said. "But at its heart, it is a story about two kids in love who are figuring out what to do with this baby."