Name released of suspect killed in police-involved shooting in Delaware 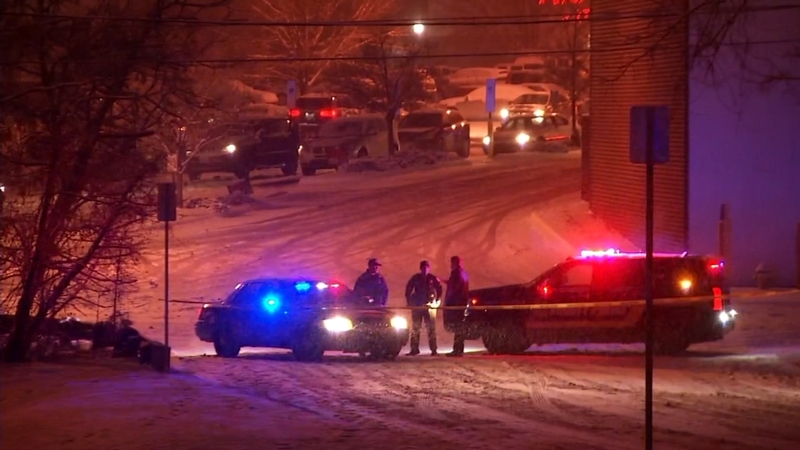 WILMINGTON, Del. (WPVI) -- Delaware State Police have identified the suspect who was killed in an incident that also left a trooper injured.

Police say 30-year-old Adam Radcliffe of Wilmington was shot and killed when he attempted to flee police during a traffic stop, dragging a trooper as he fled.

According to investigators, a trooper on patrol observed a burgundy Honda strike a pole and was driving erratically on Boxwood Road near Centerville Road in Wilmington. The driver, later identified as Radcliffe, then fled from the crash scene.

When the trooper approached the vehicle, Radcliffe allegedly took off with the trooper attached to the passenger side door, dragging him.

The vehicle went down the access road for Kirkwood Plaza and turned left onto Farrand Drive.

Radcliffe's vehicle sped off down Farrand Drive. Police later located the burgundy Honda Civic off of Hammond Place at the end of Farrand Drive where it drove through a fence into a small creek.

Radcliffe was removed from the vehicle and transported to the hospital where he died.

The trooper was taken to the hospital for treatment of non-life threatening injuries, and was later released.

The 37-year-old trooper involved in the incident is an 11-year veteran of the Delaware State Police. He has been placed on administrative leave, pending the outcome of the investigation.