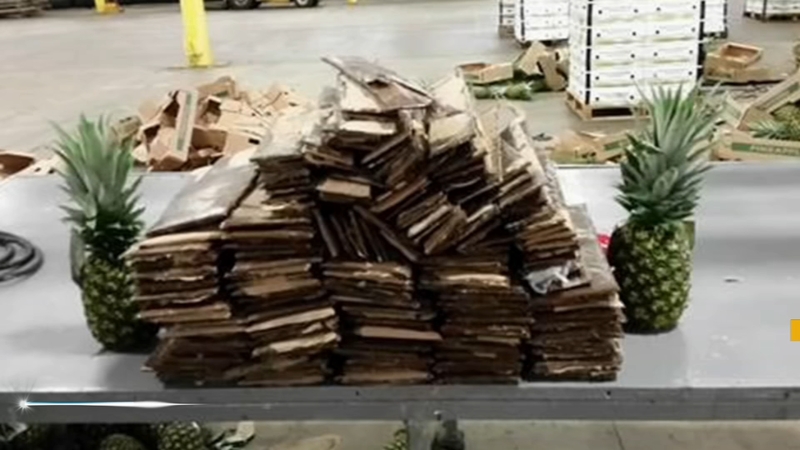 WILMINGTON, Del. -- Authorities say nearly 100 pounds of cocaine has been seized from a Delaware port where it was hidden in boxes of pineapples headed to New Jersey.

News outlets cite a U.S. Customs and Border Protection release that says a drug-sniffing dog at the Port of Wilmington led authorities to the cocaine Wednesday. The News Journal of Wilmington cites a United Nations report that says the roughly 45 kilograms of cocaine has a street value of more than $7.6 million. The release says the pineapples were from Costa Rica.

The News Journal says Wednesday's seizure comes months after federal agencies launched a surprise inspection at the port's federally bonded warehouses. Citing federal disclosure reports, the newspaper says Adderall and thousands of Xanax pills also have been seized at the port this year.