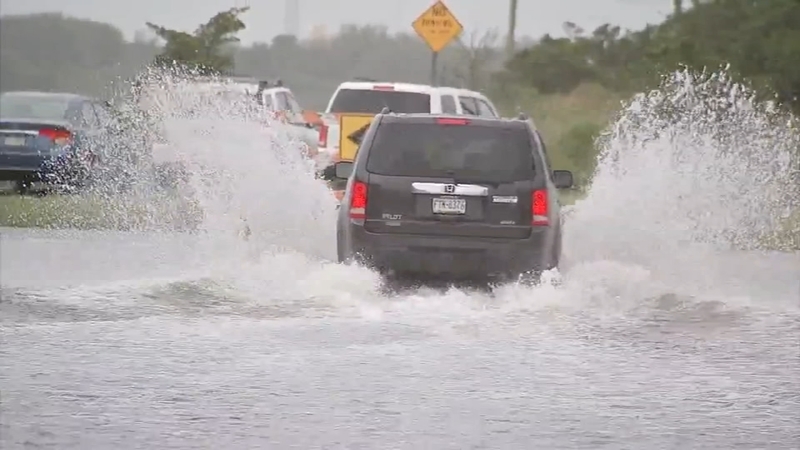 An hour or so after high tide, the back backs in Ocean City began to swell, flooding 34th Street and making it difficult for some homeowners like John Schock to get home.

"Most of the houses are raised, but I am not worried about it, it's not in the garage," he said. "But the streets are impassable."

The Blighs came to the Acme to get supplies, bracing for a possible impact from Hurricane Florence.

"None of this was here. We shopped and now my car is like two inches away from this flood and that's impassable," said Mary Bligh.

"When I opened the door and looked outside, I said, 'We couldn't get the van.' That's how much water was out there," said Charles Nelson.

Minor street and tidal flooding are expected around these parts. Hurricanes, though, bring anxiety. The hope is that Florence stays to the South.

"As far as Florence goes, when you look at the cone that they are predicting, we are not that far off the north end of it so we need to take it seriously," said Jim Bligh.

"We got through Sandy, so we'll get through whatever this turns out to be," said Mary Bligh.

The head of emergency management in Brigantine said it appears most of the worst street flooding has passed.

Officials up and down the New Jersey coast will be keeping a close eye on Florence.

In Philadelphia, there was some minor flooding on Monday, but the rain was mostly a nuisance.

That didn't stop bride and groom who braved the wet weather to take photos on the steps of the Art Museum.

They were working hard to make sure the dress didn't get wet!