"GIVE ME YOUR HAND!" Video shows Camden cops rescuing people from burning cars 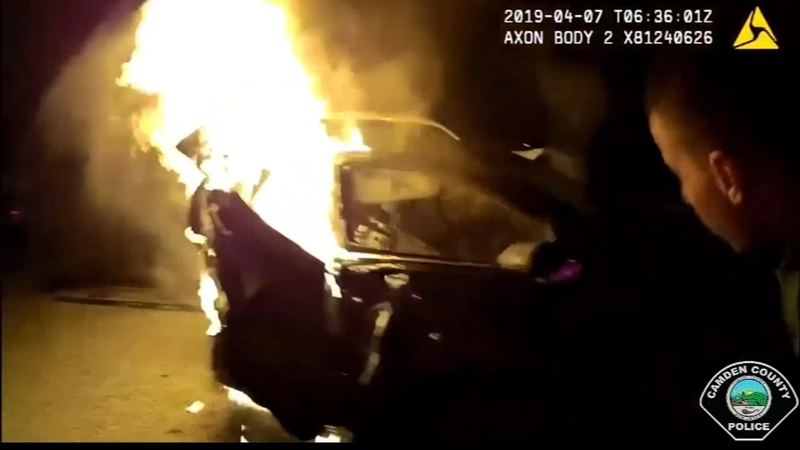 "GIVE ME YOUR HAND!" Videos shows Camden cops saving lives

Police say at approximately 2:30 a.m. on April 7th, officers Vaughn Edwards, Joseph Mair, Brian McCline and Vincent Russomano responded to a Interstate 676 where there was a crash involving a car and SUV.

Both cars quickly became engulfed in flames, endangering the lives of the two occupants in each vehicle.

Officer Mair was the first on scene. He was on patrol nearby in the area of 7th and Sycamore streets.

"At that time I heard a loud bang," Mair said.

The heart-pounding heroics were captured on police-worn body camera.

"Adrenaline is running, and I knew immediately that someone is inside the vehicle still," said Officer Edwards.

With the clock ticking, windows were shattered and doors were taken down.

The flames so intense that at point officer Russomano's uniform caught fire.

The officers say they did have some help along the way from a couple of passersby who they say deserve just as much credit for the rescue.

There were about four strangers, the officers estimate. Police want them to come towards so that they too can recognized for their bravery.

"If the good Samaritans weren't there it probably would have turned out much worse," said Officer McCline.

The four police officers, all in their late 20s and early 30s, remained modest about their efforts as they were named Officers of the Week