All Monroe Twp. schools closed for the rest of the week amid mold concerns 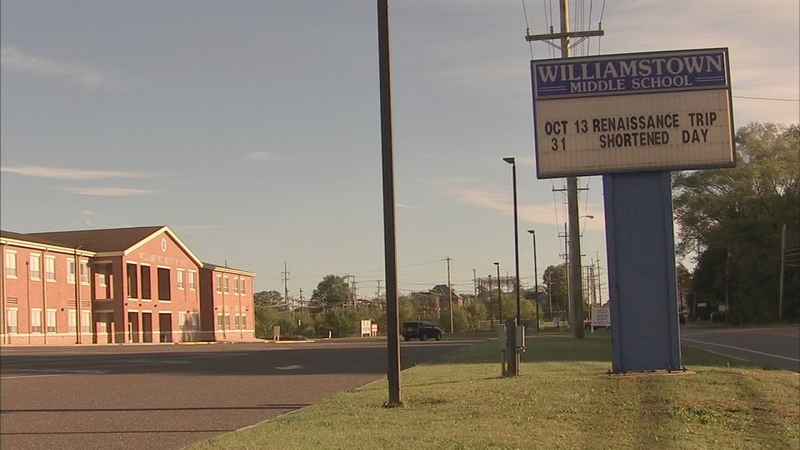 Parents concerned over mold in schools

WILLIAMSTOWN, N.J. (WPVI) -- The Monroe Township School District has closed all of its schools for the remainder of this week so that all facilities can be inspected amid concerns over mold.

Several parents expressed displeasure Monday night with the information coming from the district on the situation, especially following what was to be an update meeting.

The district said it will be employing a task force of local union leaders to relay information to the public.

All Monroe Twp. schools closed for the rest of the week amid mold concerns: Bob Brooks reports on Action News at 5 p.m., October 9, 2017

The situation began with mold inside the now-closed Holly Glenn Elementary School.

Plans to have teachers prepare replacement classrooms from the school were canceled.
EMBED More News Videos

Emergency meeting after mold in school. Jeannette Reyes reports during Action News at 5 a.m. on October 9, 2017.

An open house for students and parents at their alternative schools were also canceled.

On Friday, many parents were confused and frustrated upon learning that their children were being taught in a school with mold issues.

But that anger was renewed after word quickly spread that mold-infested ceiling tiles were being removed at another school, Williamstown Middle School, while students were still in class.