Gov. Christie to be there for Cowboys owner Jerry Jones' Hall of Fame induction 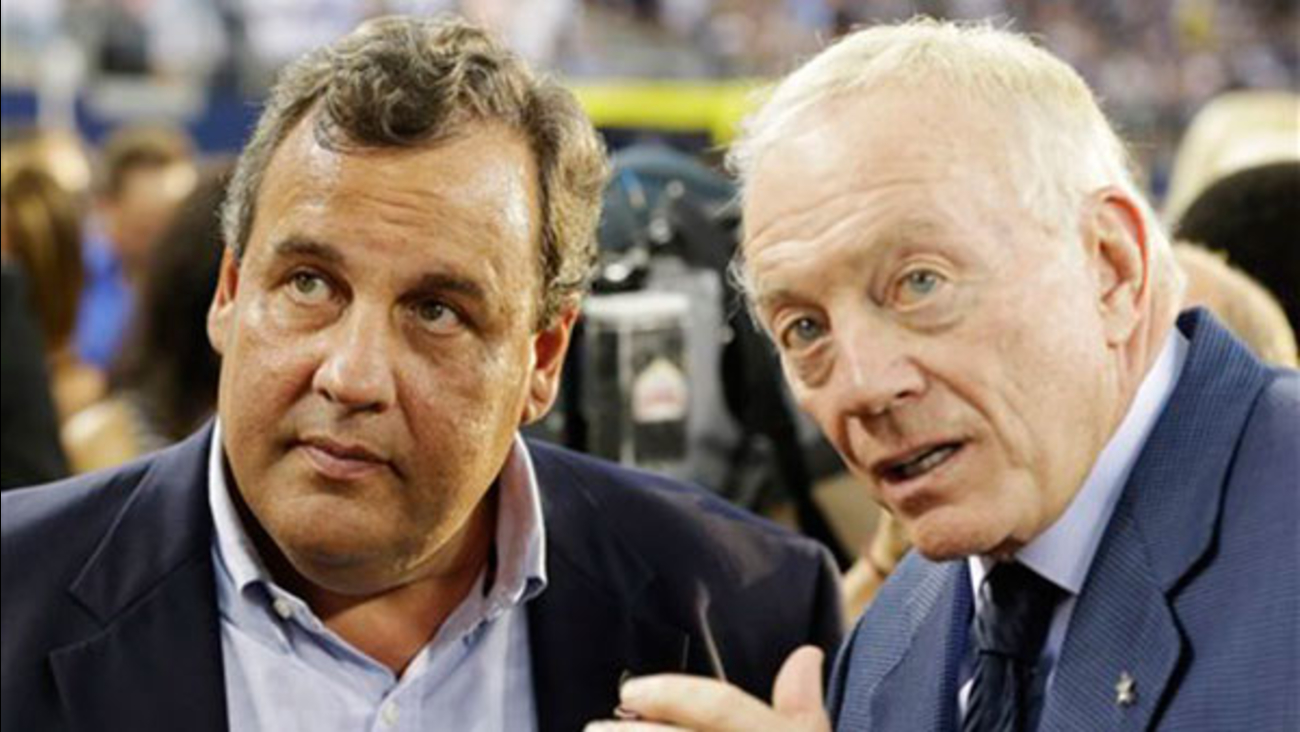 Christie is scheduled to be in Canton on Friday and Saturday to see Jones' induction.

Christie is a lifelong Cowboys fan despite most in New Jersey being fans of two of the Cowboys' biggest rivals: the New York Giants and Philadelphia Eagles.

He has sat with Jones in his box at many Cowboys games, including an awkward embrace caught on camera when the Cowboys won a rare playoff game in 2015.

The Republican governor is scheduled to leave New Jersey on Friday afternoon. It's not clear if he'll still be in the state when President Donald Trump arrives for the start of a 17-day vacation.