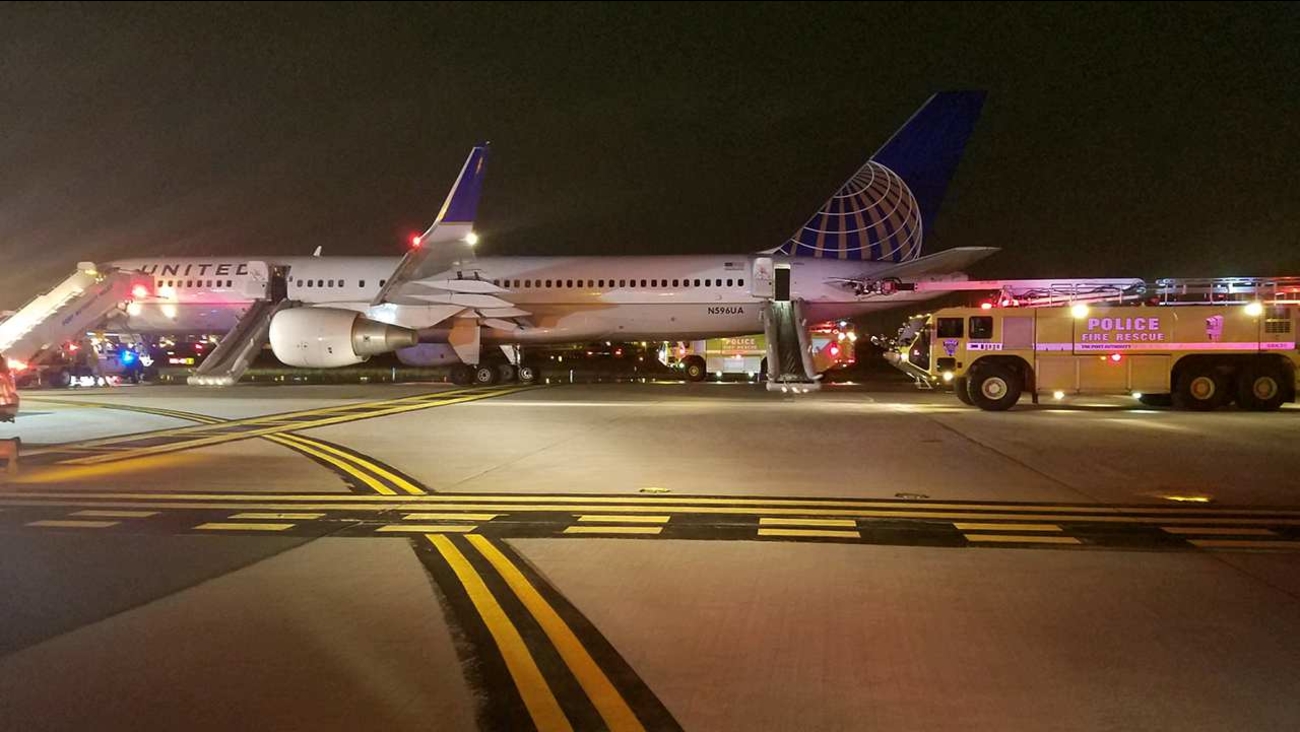 United Airlines Flight 1579 from Newark to San Francisco was to depart at 9:22 p.m. on Tuesday.

The plane, a Boeing 757, had 124 passengers and seven crew members aboard.

While taxiing, officials say the engine caught fire and the chutes were deployed.

Passengers of the plane were evacuated by using the slide.

Crews were able to extinguish the fire.

Just had to evacuate my @united flight using the slide and everything @EWRairport pic.twitter.com/0YhAAPeoFF

The passengers were brought to Terminal C, Gate 71.

"During taxiing of United flight 1579 from Newark to San Francisco, the tower notified the crew of what appeared to be flames from one of the engines. The crew immediately deployed the slides and evacuated the aircraft. At this time we have a report of only one minor injury. Customers are being transported back to the terminal. We are working to get our customers to San Francisco as soon as possible."
Related topics:
traveln.j. newsplane evacuatedflight emergencynewark liberty international airportnewark international airport
TOP STORIES
Son of Philly police officer shot, killed during apparent robbery
5 tax changes that can boost your refund this year
2 dead after shooting inside Delaware restaurant: Police
Chester Co. man charged with raping child multiple times inside home
Firefighters battled massive fire in Lower Moreland
South Philly steam plant operators explain noise frustrating neighbors
Woman finds $3M lottery prize in her spam folder
Show More
Grandmother of 5 returning home from work killed in hit-and-run
Justices to hear challenge to race in college admissions
Kohl's, target of activist investors, gets a buyout offer
Amy Schneider details historic 'Jeopardy' run on 'GMA': VIDEO
4 wounded in shooting in Germany; gunman dead
More TOP STORIES News