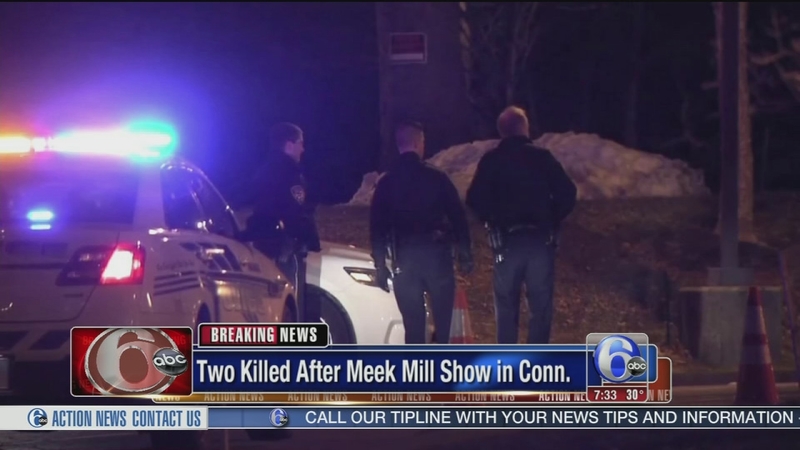 WALLINGFORD, Conn. -- Police say two are dead and two injured after a shooting outside a Connecticut theater late Friday night following a concert.

A Wallingford police spokeswoman tells the Record Journal that officers responded to reports of shots fired outside the Oakdale Theatre after rapper Meek Mill performed. Officers found two dead and say the other two with non-life-threatening injuries were taken to hospitals.

Police haven't released the names and ages of the four victims.

The spokeswoman says no one is in custody. Authorities didn't immediately release information on suspects or vehicles.

Lt. Cheryl Bradley says the show had just ended and the Oakdale was closing when the shooting occurred. Authorities haven't linked violence to the performance or the rapper.