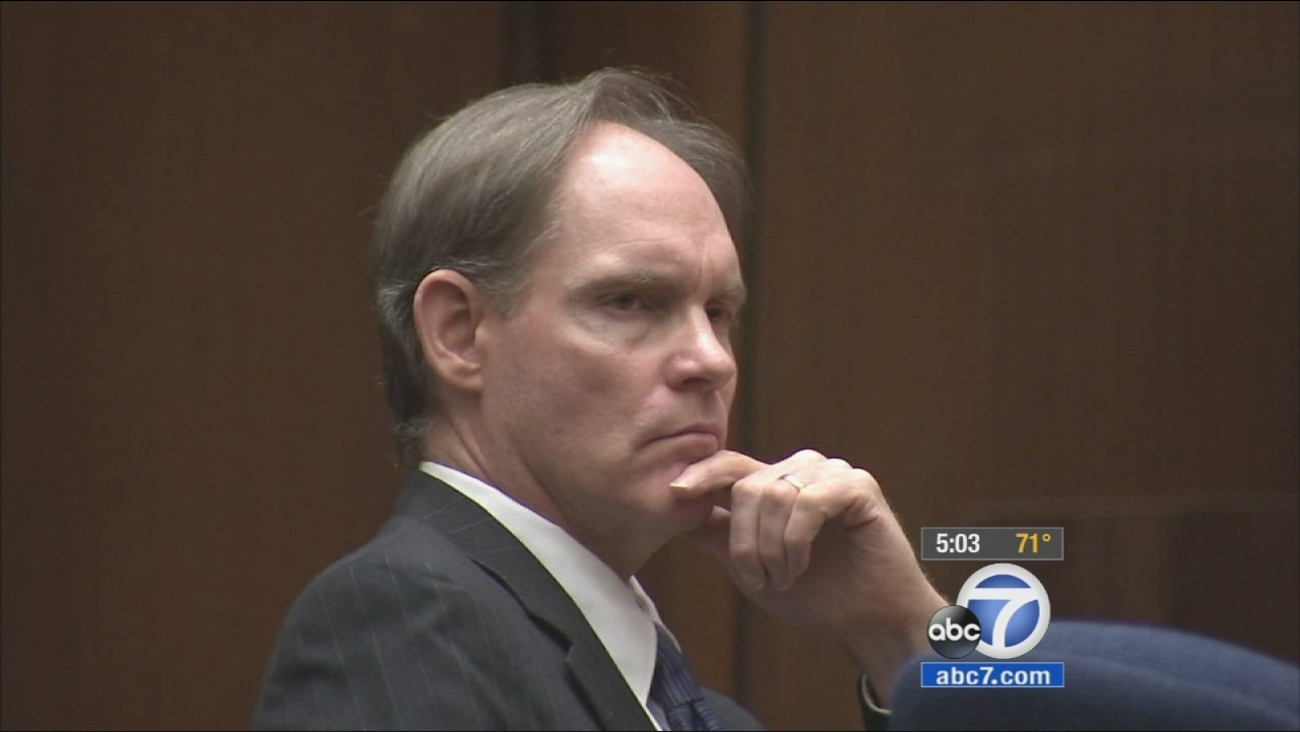 Closing arguments were heard May 11, 2015, in the third trial of a father suspected of throwing his 4-year-old daughter from a cliff in Rancho Palos Verdes in 2000. (KABC)

LOS ANGELES -- Cameron Brown, the father suspected of throwing his 4-year-old daughter off a cliff in Rancho Palos Verdes, California in 2000, has been found guilty of first-degree murder.

The girl's mother, Sarah Key-Marer, was seen crying in the courtroom after the verdict was read.

The prosecution said Brown had every intent of murdering his daughter, Lauren Sarene Key, on Nov. 8, 2000. Brown failed to convince his girlfriend to get an abortion, prosecutors said, so he plotted to kill their daughter to get out of paying child support.

Brown has maintained that his daughter's death was an accident, and that Lauren was running around when she slipped and fell 120 feet down the cliff.

Mother of little girl killed by #CameronBrown speak with the media. @ABC7Miriam will have all the details @ABC7 4p pic.twitter.com/sbNkDlTwRg

This was Brown's third trial. Two previous juries were deadlocked.

The jury for this trial was instructed to consider not only first-degree murder, but also involuntary manslaughter.