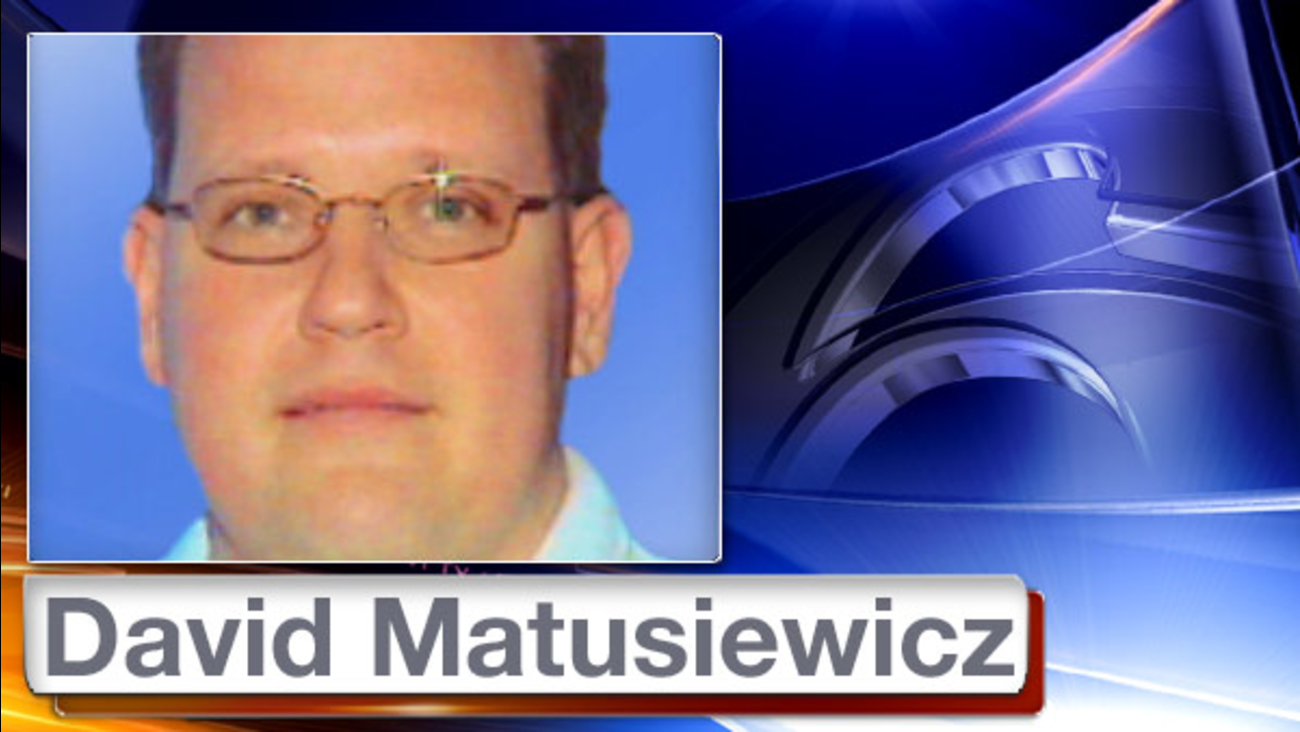 WILMINGTON, Del. -- A supposed "hit list" and two homemade death certificates found after a shooting at a Delaware courthouse in 2013 were written by the gunman whose widow and children are being tried on federal conspiracy and cyberstalking charges, a defense handwriting expert testified Thursday.

Andrew Sulner told jurors that the documents were written by Thomas Matusiewicz, who killed his ex-daughter-in-law, Christine Belford, and a friend who accompanied her to the courthouse for a child support hearing. Matusiewicz then exchanged gunfire with police before killing himself.

Investigators found two homemade death certificates on Matusiewicz's body, one for Belford and one for a lawyer who represented her in Family Court proceedings against her ex-husband, former optometrist David Matusiewicz.

Police also found a notebook in the vehicle driven to the courthouse by David and Thomas Matusiewicz that contained a document with the heading "HL," which prosecutors have suggested was a hit list. The document led with a reference to Belford and included the names of several other participants in court proceedings involving David Matusiewicz, including a federal judge who sentenced him to prison for kidnapping in 2009.

Sulner told jurors that the writing on all three documents was done by Thomas Matusiewicz.

"The evidence was overwhelming ... It's the highest level of certainty," said Sulner. His conclusions were not challenged by prosecutors.

David Matusiewicz, his mother, Lenore, and his sister, Amy Gonzalez, are on trial on charges related to Belford's death. If convicted, they could face life in prison, a punishment that Justice Department officials believe would be unprecedented for a conviction of cyberstalking resulting in death.

Prosecutors allege that David Matusiewicz conspired with his parents and sister over several years to torment and stalk his ex-wife with the intent to injure, harass, intimidate and kill her, repeatedly accusing Belford in email communications, letters and Internet postings of abusing and neglecting the couple's daughters.

But Thomas Matusiewicz's family members have denied knowing that he intended to kill Belford.

The shootings stemmed from a long and bitter custody battle during which David Matusiewicz lost his parental rights after he and his mother kidnapped his three daughters and took them to Central America in 2007. David and Lenore Matusiewicz, who both went to prison, claimed after the kidnapping that it was an attempt to protect the girls from abuse by Belford.

Authorities have repeatedly dismissed that claim as an excuse made up after the fact, noting that the family never reported the alleged abuse to law enforcement or child protection officials.

On Thursday, however, a woman who has known David Matusiewicz for 30 years testified that he told her in telephone conversations in early 2006, when she consulted with him about eye surgery, that he suspected Belford was abusing the girls.

Christine Evans, who said she told an FBI agent about the phone calls in 2013, is the third witness this week to testify that David or Lenore Matusiewicz had expressed concerns before the 2007 kidnapping about the safety of the girls while they were in Belford's care.

But prosecutor Jamie McCall pointed out Thursday that no one ever reported the alleged abuse to authorities before the kidnapping. He also noted that David Matusiewicz did not make any claims of abuse at a February 2007 custody hearing, and that Matusiewicz later said he didn't learn about the alleged sexual abuse of his oldest daughter until the summer of 2007, just before the kidnapping.

But Gillian Blair, and a forensic and clinical psychologist hired by the defense, testified Thursday that officials with the Delaware Division of Family Services should have investigated two reports made by Amy Gonzalez in December of 2009 regarding suspected sexual abuse of the girl by Belford.

Blair also noted that there was no investigation of similar allegations made by Lenore Matusiewicz in a 22-page letter to DFS that same month, even though officials expressed concerns about the report.

McCall, the prosecutor, pointed out that the first letter was quickly followed up by a second in which Lenore Matusiewicz apologized if her first letter was rambling and did not make sense, noting that she had been treated at a hospital after falling and hitting her head.