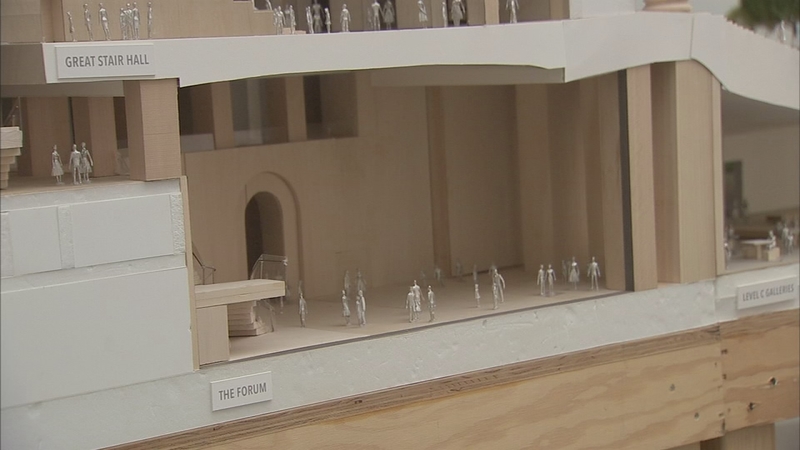 Over the next three years, we will see a new look, and new life for the Philadelphia Museum of Art, while still preserving its historic charm.

Drone 6 flies over the Philadelphia Museum of Art

World famous Canadian-American architect Frank Gehry spent more than a decade studying the bones of the building, designing a way to keep the original architects' vision which came to life in 1928.

But Gehry also added new vision, re-envisioning its future for the next 100 years and beyond.

"I want to hurry up. In fact, I want to take a bulldozer and go through the wall and start," Gehry said.

Gehry was fresh off designing an original, sculptural ground-up Gugghenheim Museum in Bilbao, Spain which is credited for breathing new life into that region, something he calls, "a miracle."

Then he received a question from Philadelphia?

"'Can you do the same thing to a building, but you can't do anything on the outside?'
Nice challenge," Gehry said.

Philadelphia Mayor Jim Kenney was on hand for the groundbreaking.

"The space where we stand today will be reopened to the public for the first time in over 50 years. A generation of Philadelphians will be able to enjoy this architectural treasure," Kenney said.

Kenney says his administration will be providing $32 million in capital investment for the project over the next six years.

There is also an extensive expansion happening below the Museum. There will be more than 23,000 square feet of new gallery space, a new bar and restaurant, and a new two-story public spot called 'The Forum.'

A vaulted walkway running from the Kelly Drive side of the Museum will now be the primary entrance.

"I really believe that people speak to each other through the arts clearly and better and I think that's the role of this place," Gehry said.