BERLIN -- The Islamic State group claimed responsibility Tuesday for a truck attack on a crowded Berlin Christmas market that left 12 people dead and nearly 50 injured, as German security forces hunted for the perpetrator after releasing a man from custody for lack of evidence.

IS said in a statement from its Amaq news agency that the attacker "in Berlin is a soldier of the Islamic State and carried out the attack in response to calls for targeting citizens of the Crusader coalition."

Germany is not involved in anti-IS combat operations, but has Tornado jets and a refueling plane stationed in Turkey in support of the coalition fighting militants in Syria, as well as a frigate protecting a French aircraft carrier in the Mediterranean, among other assets.

The claim of responsibility came not long after German prosecutors said they'd released a man picked up on Monday night near the scene of the attack, initially suspected of driving the truck. The man, a Pakistani citizen who came to Germany last year, had been picked up based on a description of a suspect who jumped out of the truck and fled. 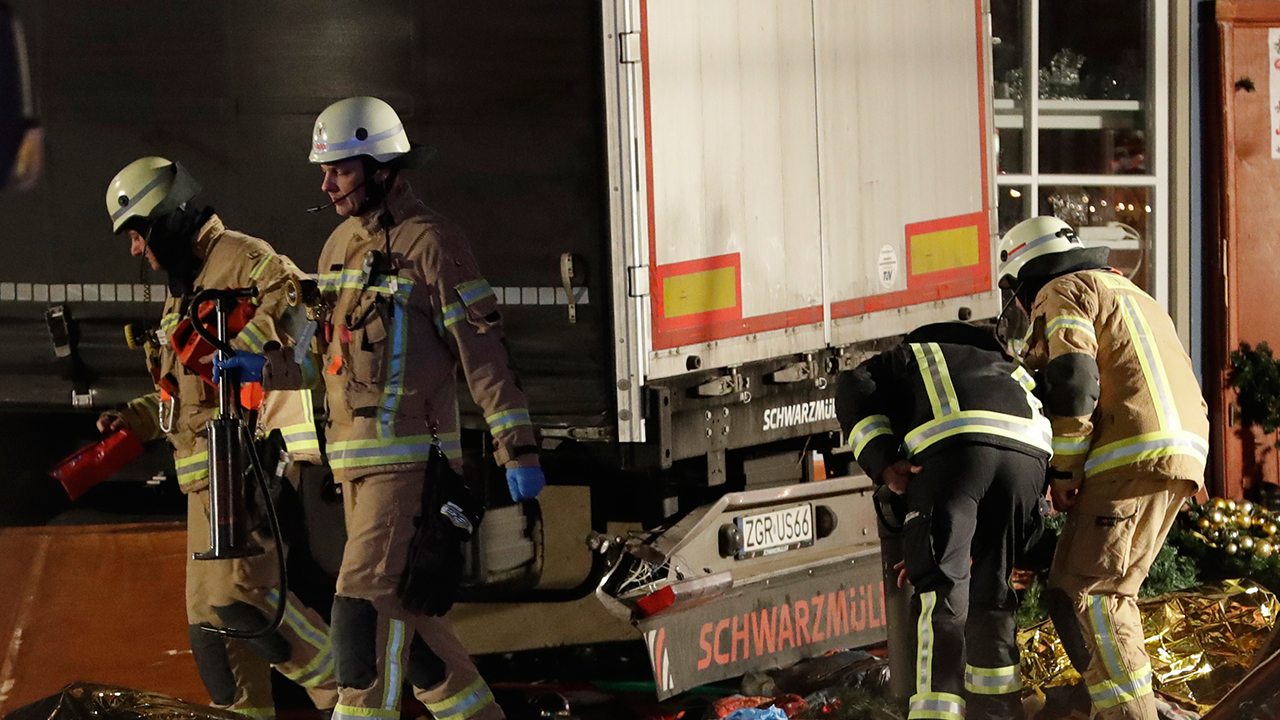 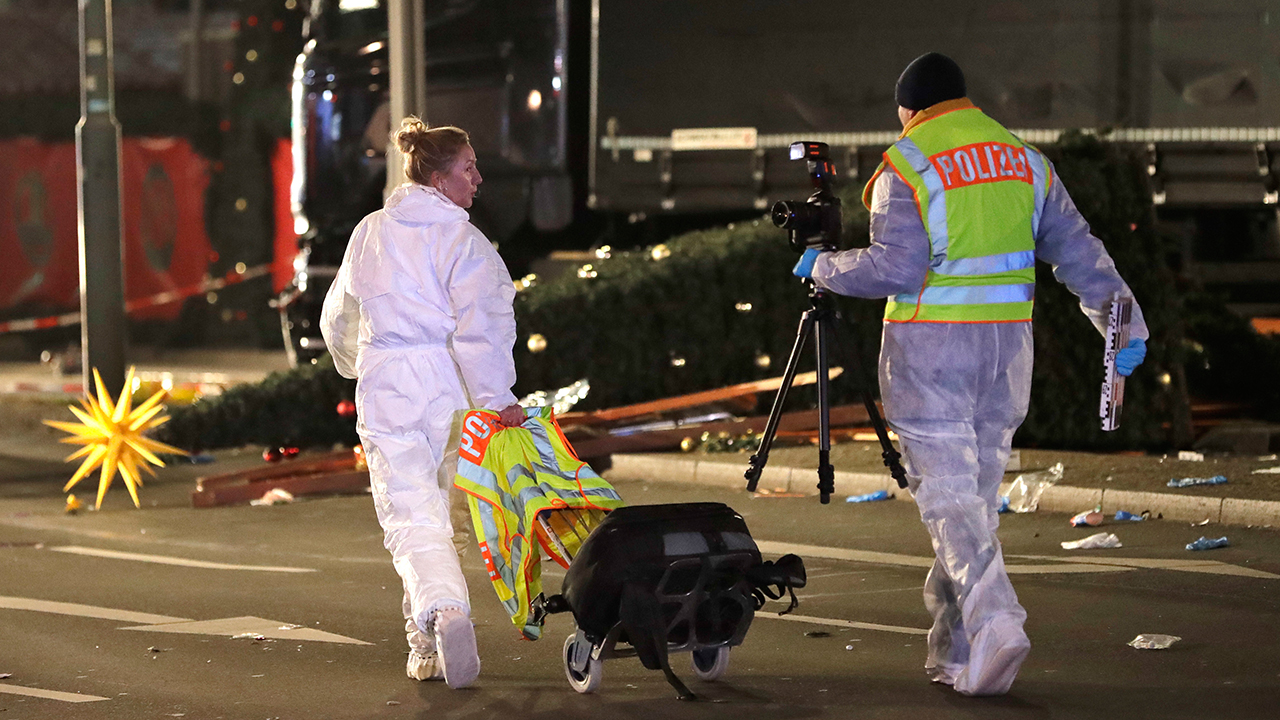 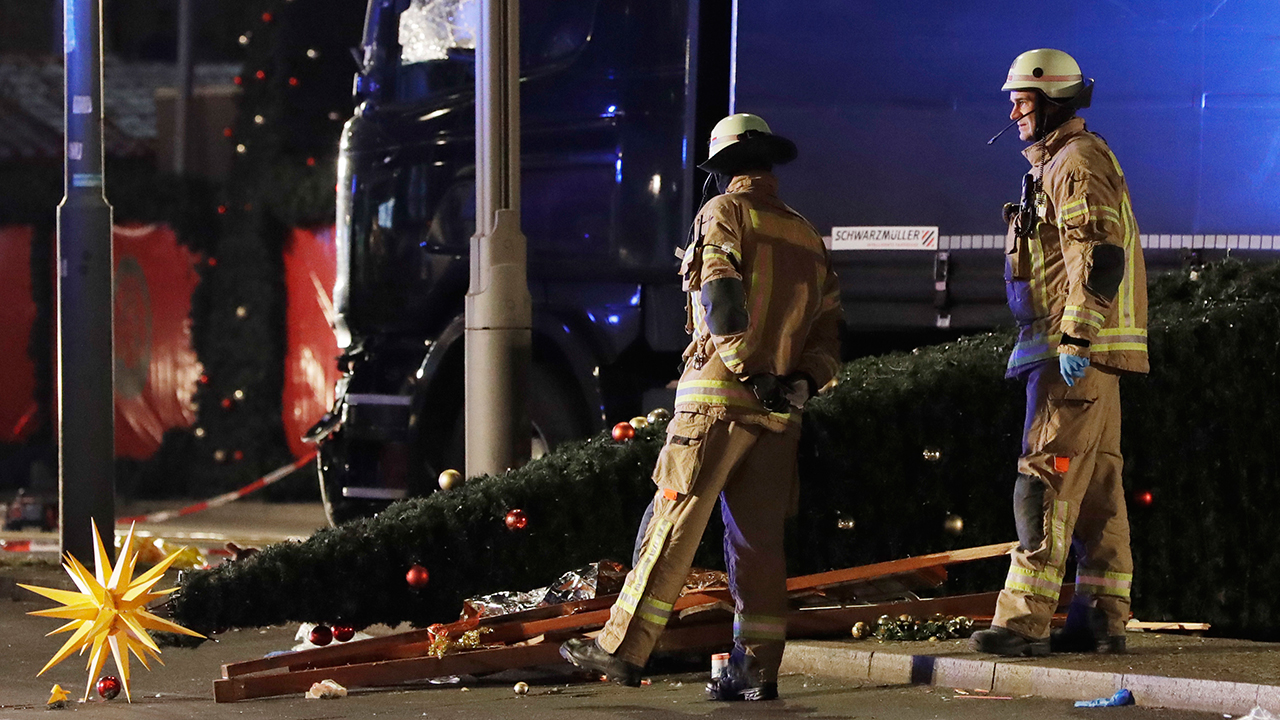 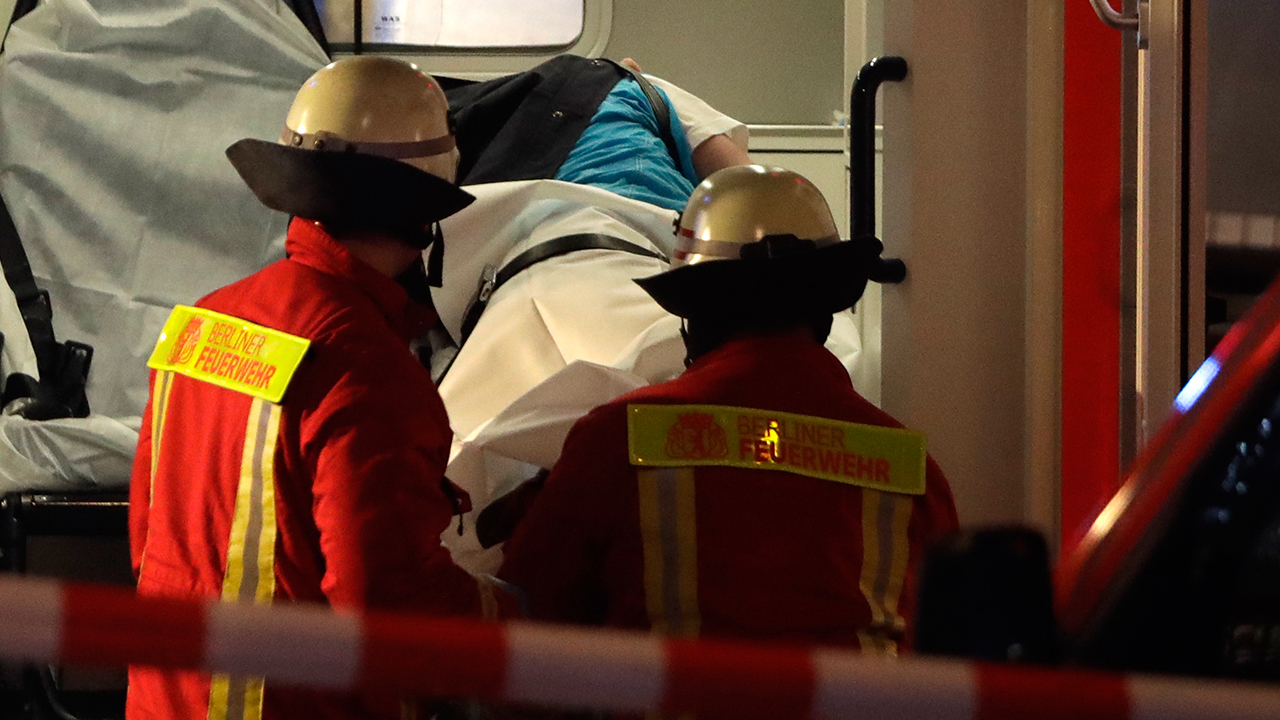 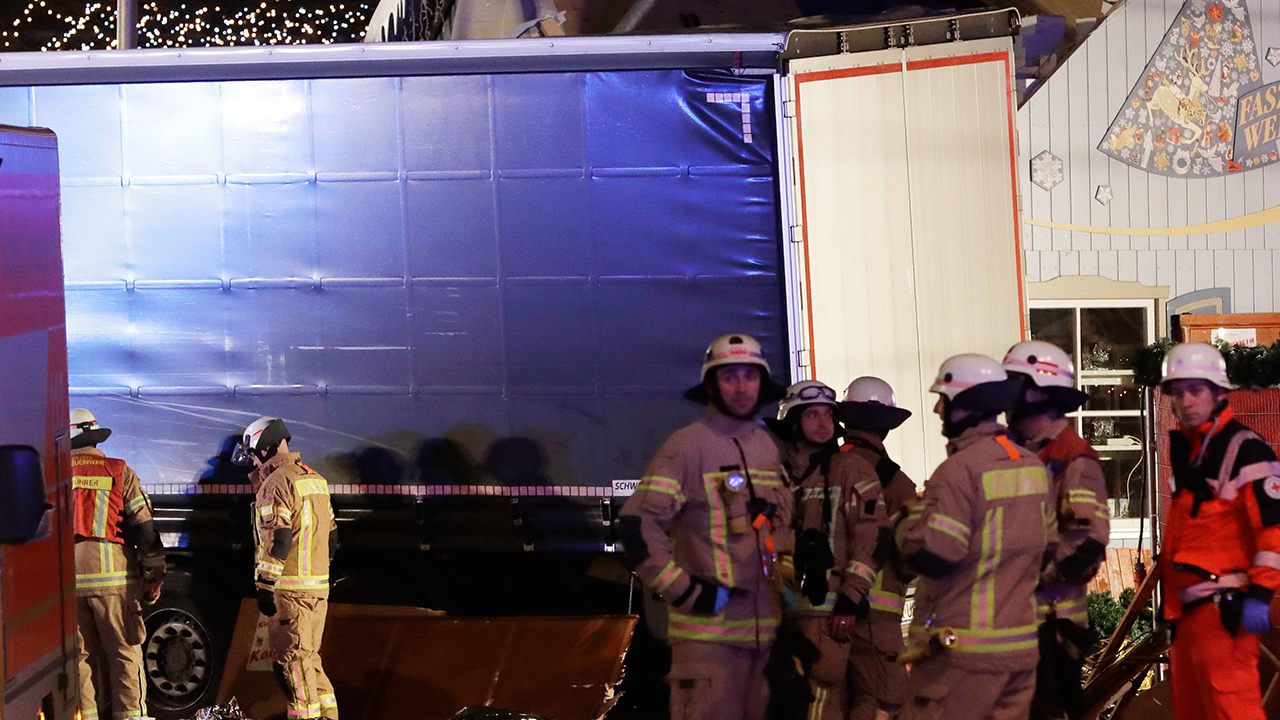 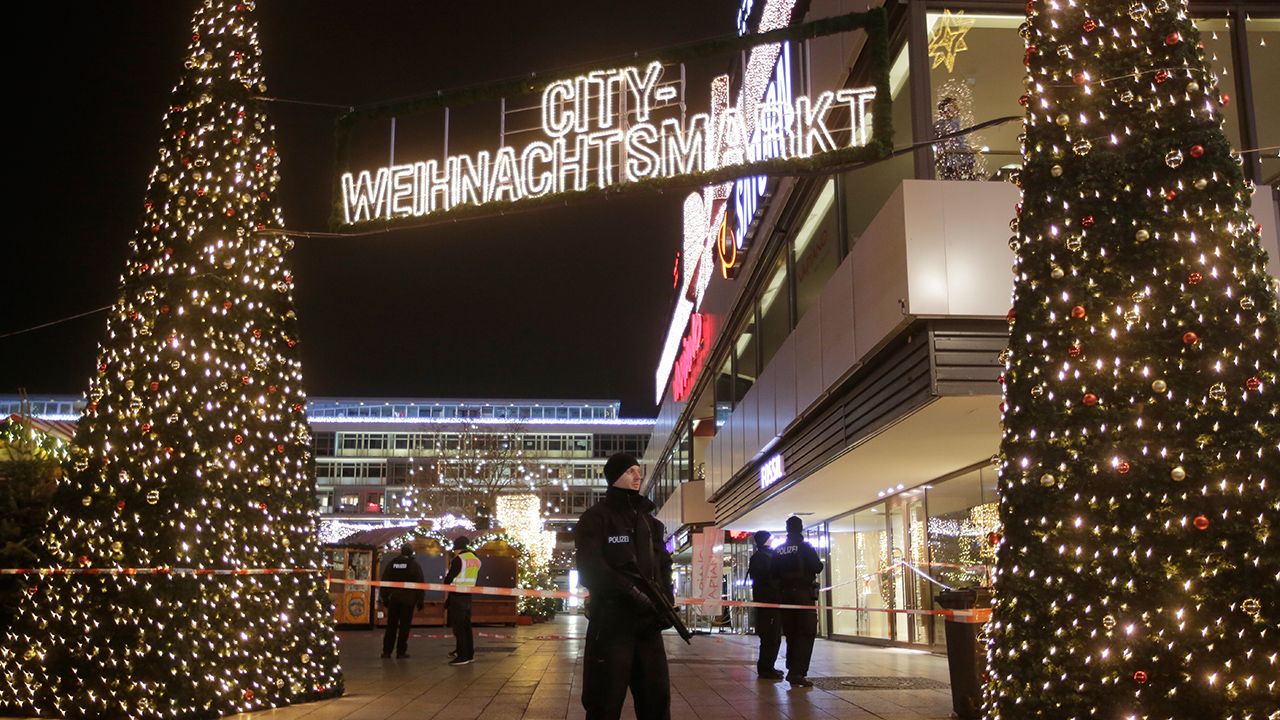 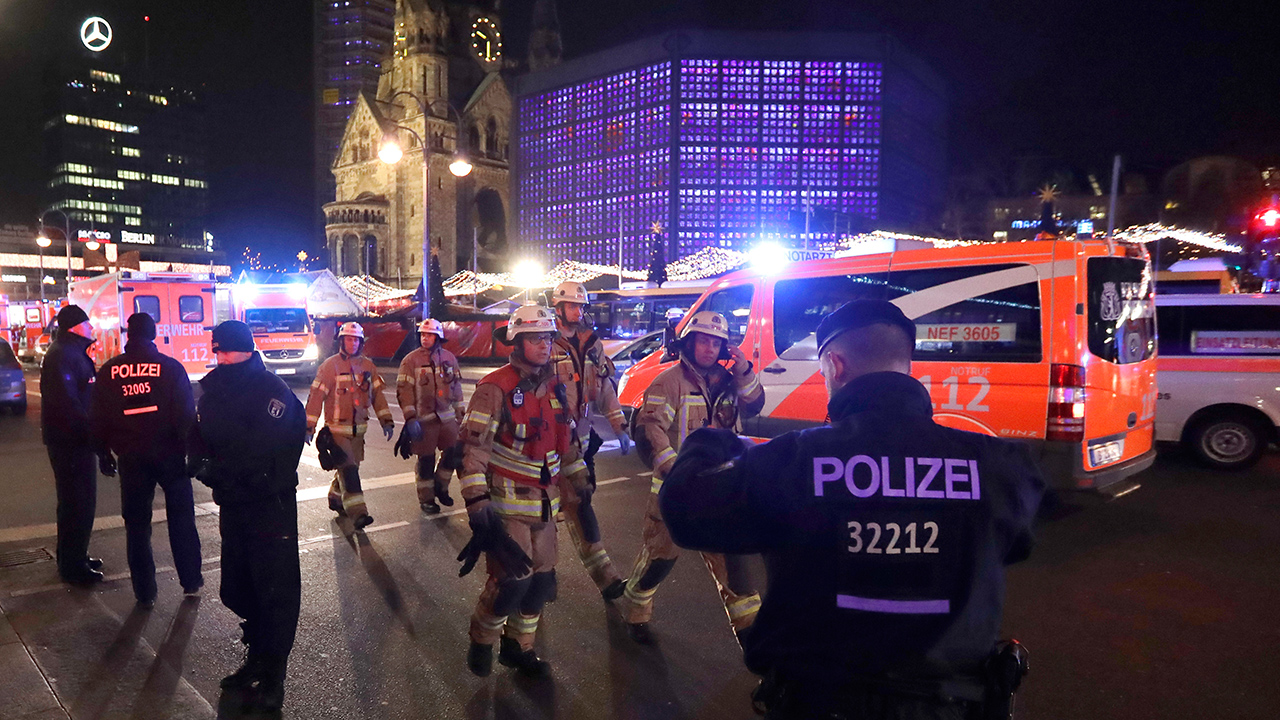 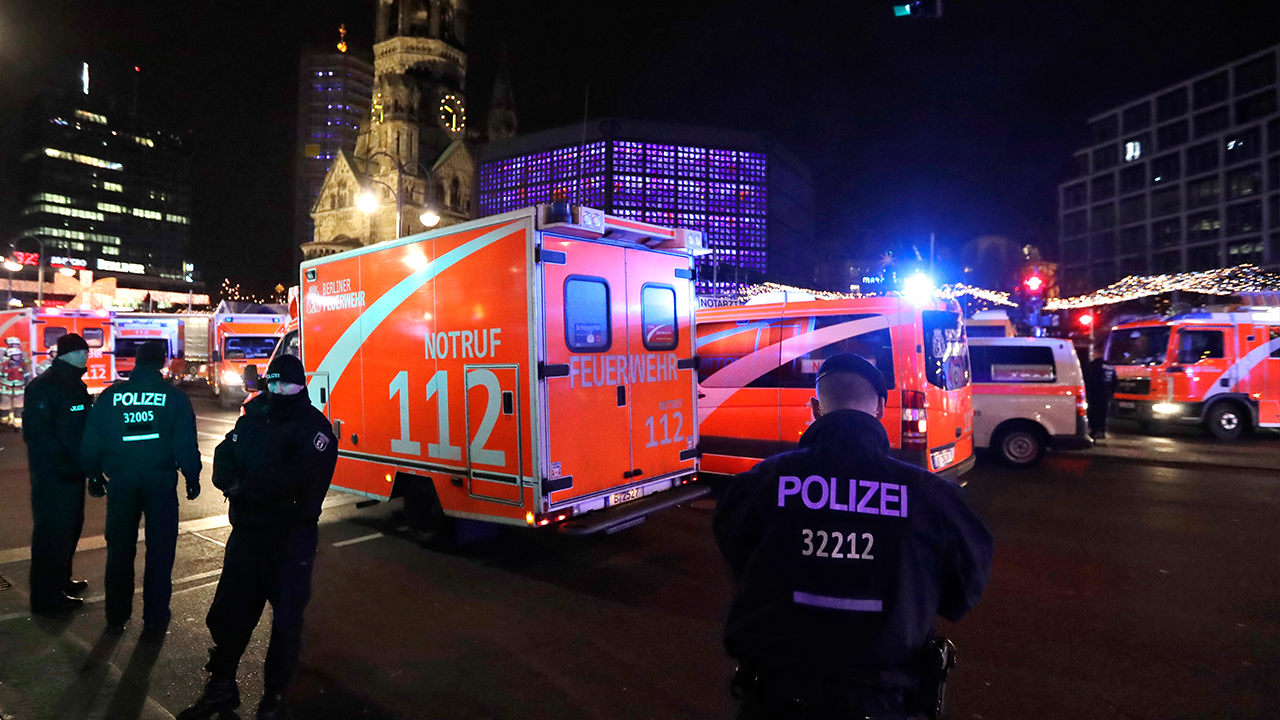 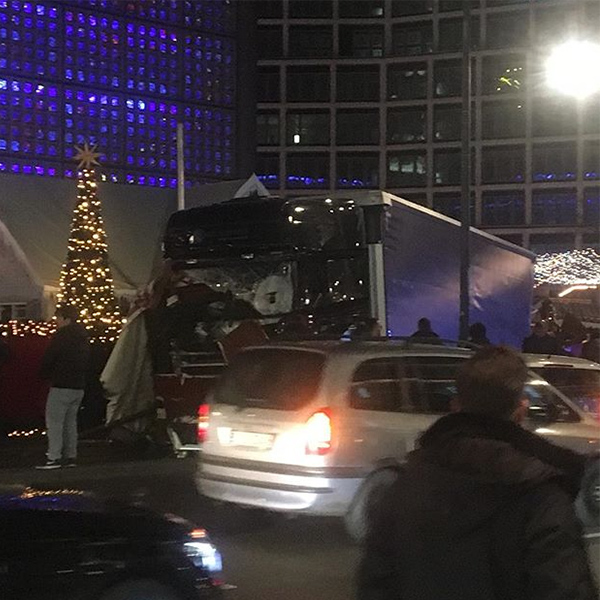 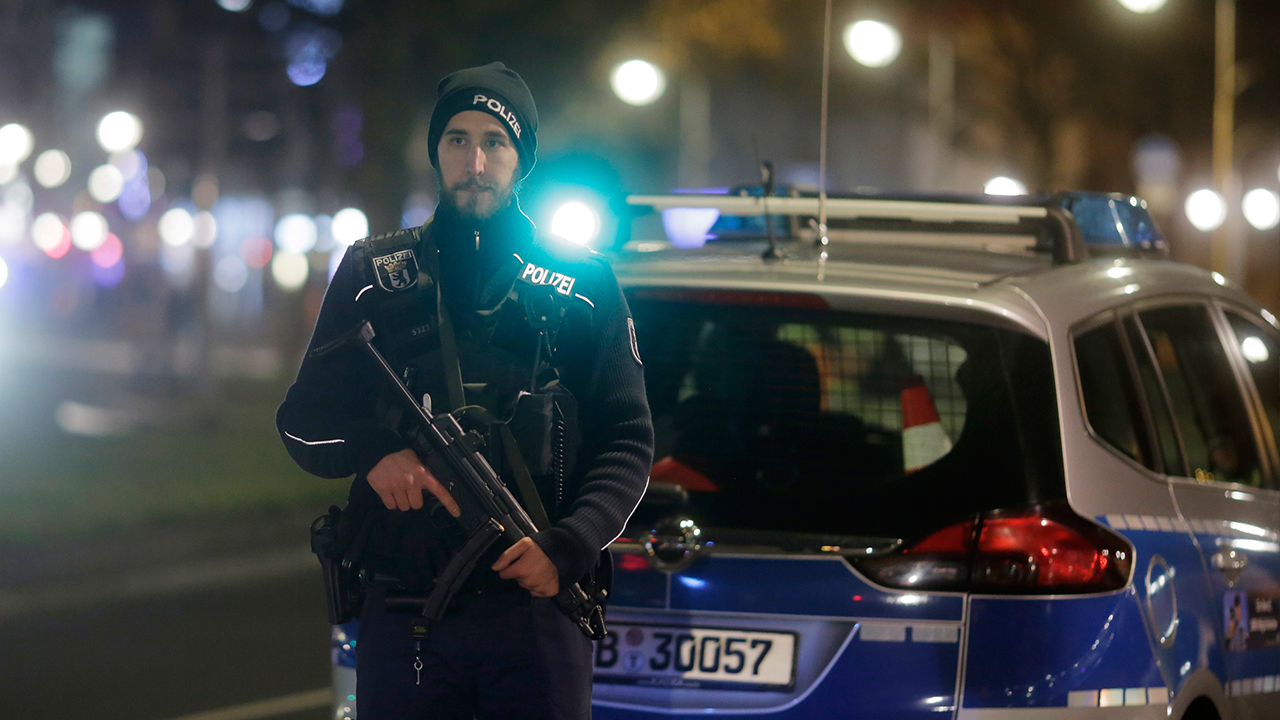 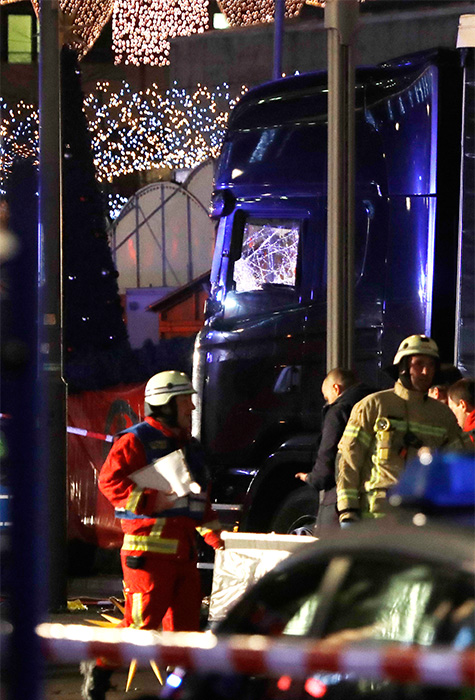 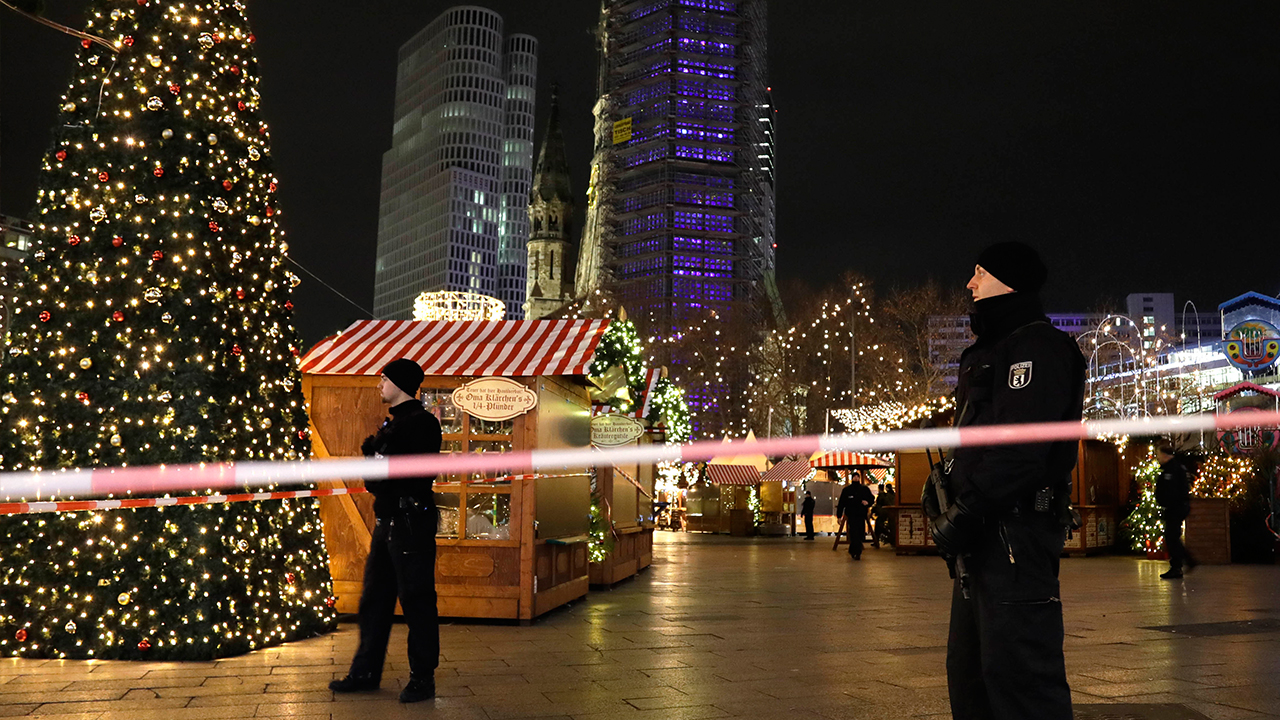 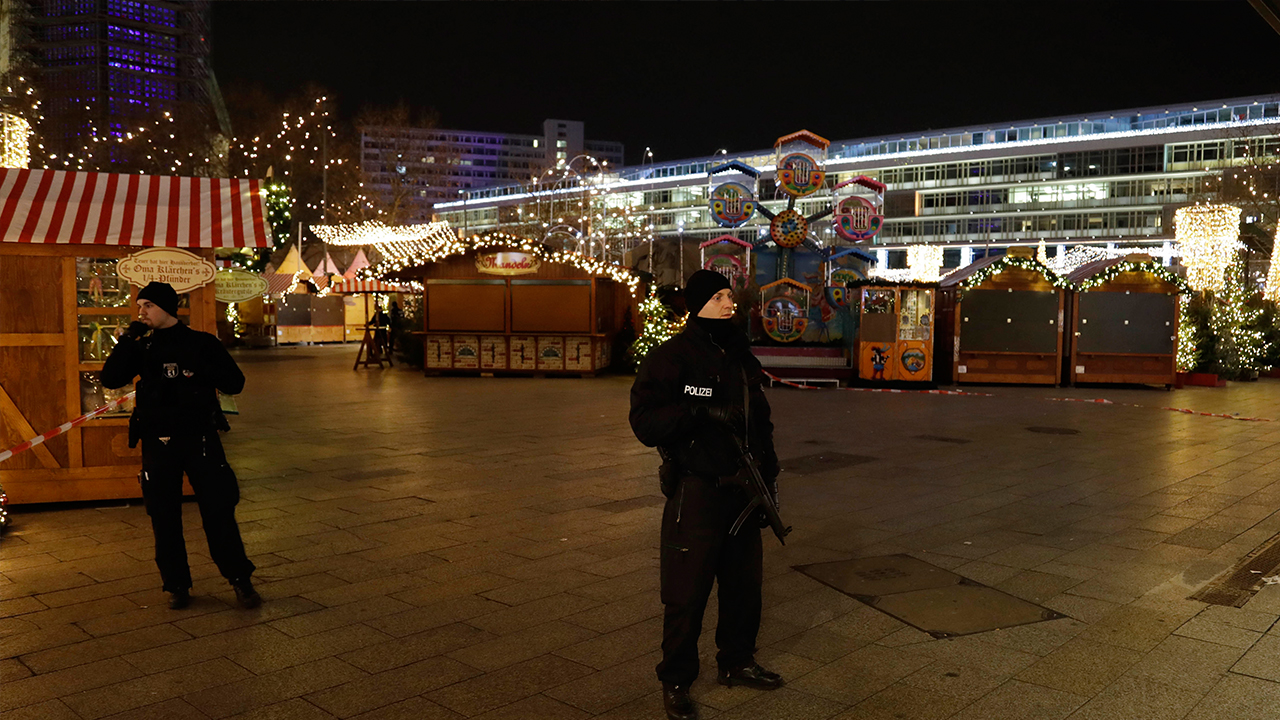 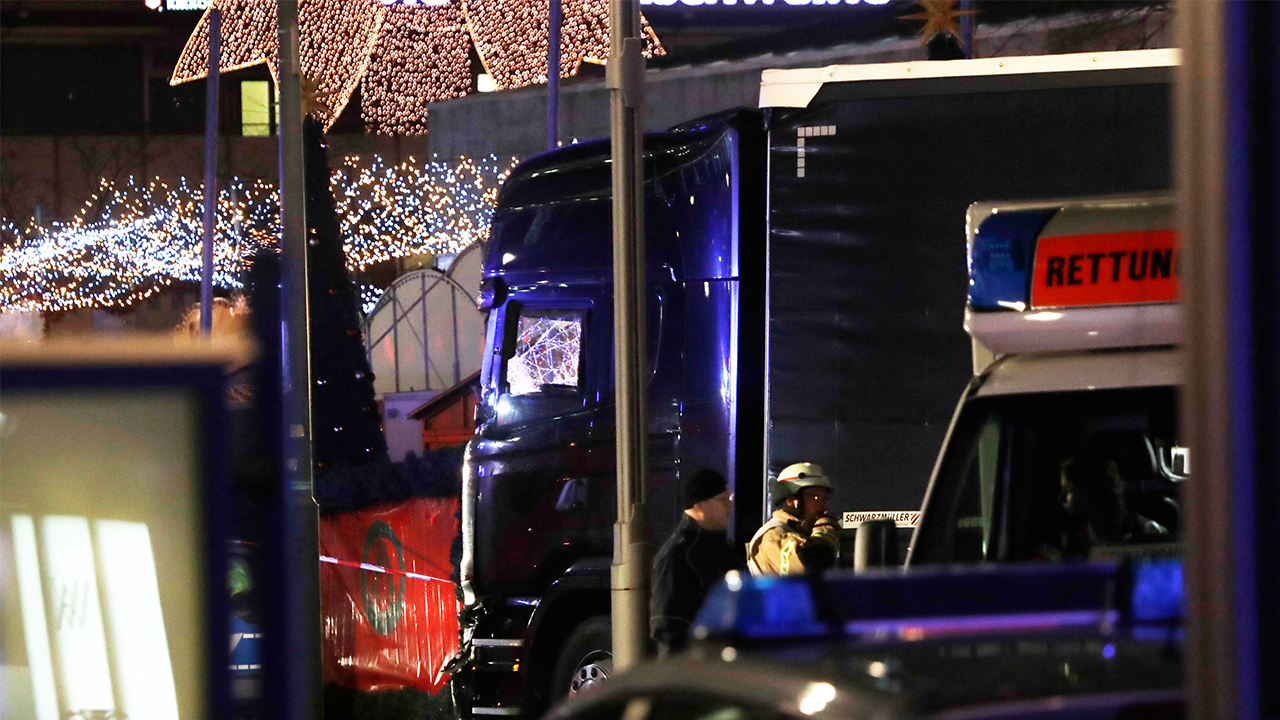 1 of 14
Firefighters inspect the site after a truck ran into a crowded Christmas market and killed several people in Berlin, Germany, Monday, Dec. 19, 2016.
Michael Sohn/AP

But federal prosecutors said late Tuesday that he denied any involvement and they had found no forensic evidence proving he was in the cab during the rampage.

Federal Criminal Police Office chief Holger Muench and other officials had expressed doubt earlier that the man in custody was driving the truck at the time of the attack. Muench also said police haven't yet found a pistol authorities believe was used to kill a Polish truck driver who was supposed to be delivering the steel beams the truck was carrying.

"We may still have a dangerous criminal out there," Berlin police chief Klaus Kandt said.

Before Islamic State claimed responsibility, Germany's top prosecutor, Peter Frank, told reporters the attack on the market outside the landmark Kaiser Wilhelm Memorial Church was reminiscent of July's deadly truck attack in Nice and appeared to follow instructions published by the militant group.

"There is also the prominent and symbolic target of a Christmas market, and the modus operandi that mirrors at least past calls by jihadi terror organizations," Frank said.

"Twelve people who were still among us yesterday, who were looking forward to Christmas, who had plans for the holidays, aren't among us anymore," she said in an emotional, nationally televised statement before heading to the scene of the attack in downtown Berlin. "A gruesome and ultimately incomprehensible act has robbed them of their lives."

Witnesses saw only one man flee from the truck after it rammed into the crowd at the Christmas market, smashing wooden stalls and traveling 60 to 80 meters (200 to 260 feet) before coming to a halt.

Inaki Ellakuria, a 21-year-old student from Spain, knew immediately that this was no accident.

"I heard the truck crashing against the first stall," he tweeted Monday, only minutes after the vehicle ran over dozens of shoppers at a Christmas market in Berlin.

"It came fast, too fast to be driving off the road accidentally," he posted.

His next tweet was chilling: "It has swept me and ran over both of my legs."

Ellakuria on Tuesday underwent surgery at a hospital in Berlin for the broken tibia and fibula on his left leg. He also has broken bones in his right ankle and instep, as well as damage to his hip, but he is recovering well, according to his relatives.

Merkel, who has been criticized for allowing in huge numbers of migrants last year, addressed head-on the possibility that an asylum-seeker was responsible for the carnage.

"I know that it would be particularly hard for us all to bear if it were confirmed that a person committed this act who asked for protection and asylum in Germany," Merkel said. "This would be particularly sickening for the many, many Germans who work to help refugees every day and for the many people who really need our help and are making an effort to integrate in our country."

A spokesman for Berlin's office for refugee affairs said police conducted a broad search overnight at a large shelter for asylum-seekers at the city's now-defunct Tempelhof airport. Four men in their late 20s were questioned but no one was arrested, Sascha Langenbach told The Associated Press.

The Polish owner of the truck said he feared the vehicle had been hijacked. Ariel Zurawski said he last spoke with the driver, his cousin, around noon on Monday and the driver told him he was in Berlin and scheduled to unload Tuesday morning.

"They must have done something to my driver," he told TVN24.

Germans have been increasingly wary since two attacks by asylum-seekers last summer that were claimed by the Islamic State group. Five people were wounded in an ax rampage on a train near Wuerzburg and 15 wounded in a bombing outside a bar in Ansbach, both in the southern state of Bavaria. Both attackers were killed.

Those attacks and two others unrelated to Islamic extremism in the same weeklong period, contributed to tensions in Germany over the arrival last year of 890,000 migrants.

Far-right groups and a nationalist party seized on Monday night's attack, blaming Merkel for what happened.

"Under the cloak of helping people Merkel has completely surrendered our domestic security," Frauke Petry, the co-chairwoman of the Alternative for Germany party, wrote.

U.S. President-elect Donald Trump said Islamic extremists must be "eradicated from the face of the Earth" and pledged to carry out that mission with all "freedom-loving partners."

The attack came less than a month after the U.S. State Department warned that extremist groups, including Islamic State and al-Qaida, were focusing "on the upcoming holiday season and associated events" in Europe.