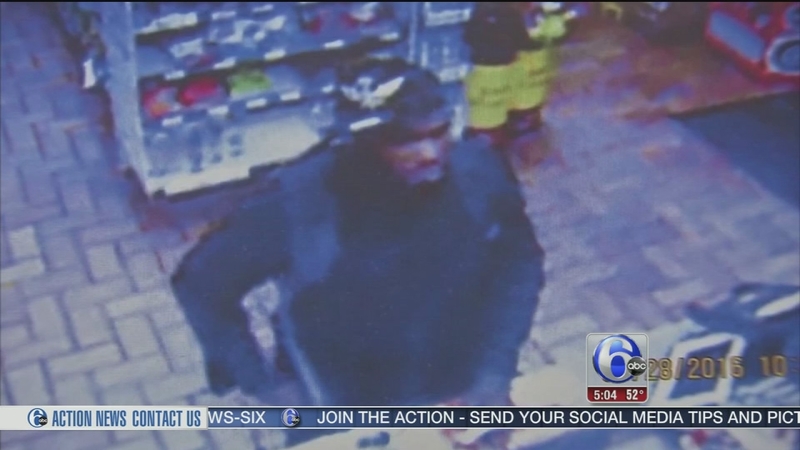 KENSINGTON (WPVI) -- Investigators from both Philadelphia and Delaware County are joining forces to solve a series of violent attacks on women - one of which left the mother of a 10-year-old girl dead.

Police say they believe the man in these surveillance images is Byron Allen of Philadelphia, shortly after the violent attacks.
In October, he was charged with attempted murder in the brutal throat slashing of a woman in Port Richmond.

Now, sources say DNA has linked Allen to the murder of Natasha Gibson in Yeadon in September.

"We're hoping within the next few days we'll be able to get the confirming lab report, in regard to DNA, and then we'll act accordingly," said Delaware County District Attorney Jack Whelan.

Whelan says the motive is unclear. Detectives suspect it may have just been a crime of opportunity as Gibson was walking home from a bar to a friend's house on Baily Street.

The killer was cut during the attack, and left a trail of blood. Police found the suspected murder weapon in a storm drain.

Gibson's mother says her daughter was a loving mother who didn't deserve to die. She calls the developments bittersweet. Natasha's birthday is Dec. 2.

Sources say Philadelphia police suspect Allen is responsible for a half dozen other violent attacks in the Kensington area, including the rape and murder of Rickie Morgan.

Court records reveal Allen has a long criminal history, and has spent much of the past 13 years behind bars for attempted murder, carjacking and other offenses.