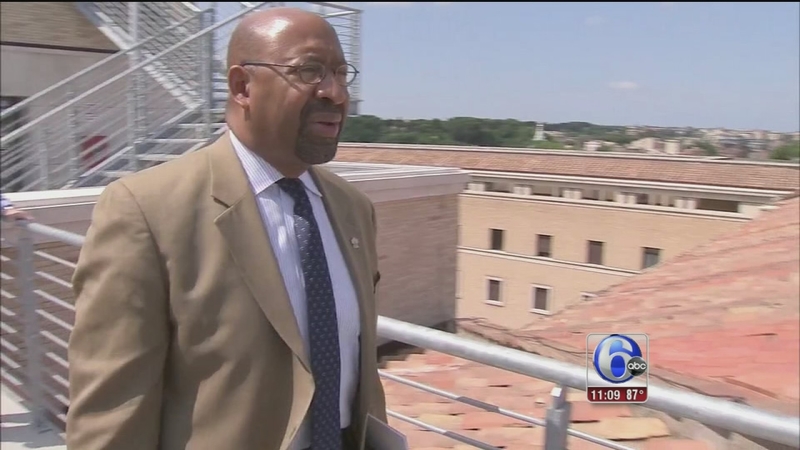 PHILADELPHIA (WPVI) -- City Controller Alan Butkovitz alleges nearly $400,000 in questionable spending from the Mayor's Fund, a nonprofit which says its aim is to improve the lives of all Philadelphians.

Among the alleged questionable spending:

"If they had done it through regular city channels, if they had processed that trip through vouchers and the treasurer's office, we would've insisted on receipts and we would have had an internal debate and they knew that there would've been all sort of scrutiny," Butkovitz said.

But political insiders say the Mayor's Fund is used when public funds should not.

Butkovitz claims the fund's former chairwoman, Desiree Peterkin Bell, circumvented the policies and approvals for spending money and provided no receipts or documentation to support the alleged questionable spending.

.@DPBell is completely correct, all Mayor's Fund expenses are approved by the Executive Director of the Fund. Butko, as usual, hatchet job

She released a statement that reads in part:

The purpose of expenditures was to fit within Mayor Nutter's five goals. The Fund's Executive Director, Ashley Del Bianco, signed off on expenditures to indicate her approval that all criteria had been met.

But it's Del Bianco who went to Butkovitz when Mayor Jim Kenney took office.

Most of the nonprofit's budget is from surplus dollars from the Philadelphia Marathon.

When Mayor Nutter and his staff traveled to Rome in 2015, the goal was to lure the Pontiff to visit Philadelphia.

One of the five main goals of the Mayor's Fund is to promote tourism.

When asked whether a crime had been committed, Butkovitz responded, "We are going to do more work on it."

Mayor Nutter who has publicly feuded with Butkovitz before released a blistering statement that reads in part:

The Controller is a liar, a snake and a hypocrite. There is no truth in what he says, every expenditure was proper and for an approved purpose.

Butkovitz looked at 2014 and 2015 in the Mayor's Fund finances. He says he now will go back to 2008 when Mayor Nutter first took office.

"I stand 100% behind the statement by Desiree Peterkin-Bell regarding the Mayor's Fund and it's expenditures. All expenditures were approved by the Board's Finance Committee, and the Executive Director in accordance the established procedures. Funds cannot be spent without the Executive Director's approval, and the Board Chair cannot expend funds. This is the usual hatchet attack job by Butkovitz, timed to try to get some attention for himself while the FBI is diligently doing their job in other matters in Philadelphia. The Controller is a liar, a snake and a hypocrite. There is no truth in what he says, every expenditure was proper and for an approved purpose and he never talked to either Desiree Peterkin-Bell or myself about any concerns, which is standard procedure, before releasing this slanderous, libelous and vicious bile from his mouth. He is a sad and sick person."
Related topics:
pope us visitphilly newspope francisphiladelphia marathonmayor michael nutterjim kenney
Copyright © 2021 WPVI-TV. All Rights Reserved.
More Videos
From CNN Newsource affiliates
TOP STORIES