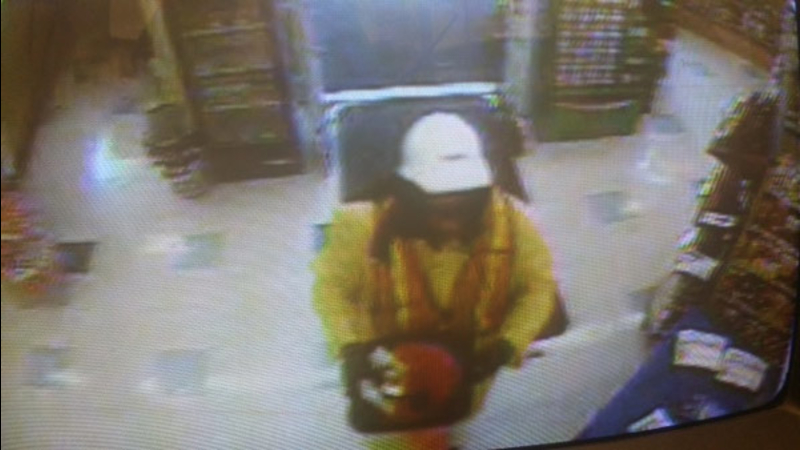 HADDONFIELD, N.J. (WPVI) -- Authorities in Camden County have released surveillance photos of the armed suspect they say carjacked a retired priest after robbing a pharmacy while carrying a traffic cone in Haddonfield. 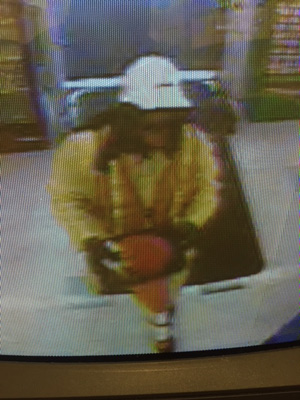 The Camden County Prosecutor's Office says the robber entered the Rite Aid on the 700 block of Haddon Avenue around 12:10 p.m. Tuesday.

He jumped over the pharmacy counter, displayed a firearm and demanded Adderall and oxycodone.

The suspect received an undisclosed quantity of Adderall pill bottles and ran into the parking lot, where officials say he carjacked a retired priest.

The robber drove the priest's car about a block then exited the vehicle and fled on foot.

Rite Aid is offering a reward of up to $5,000 for information leading to an arrest.

The robber is described as a white male approximately 6' tall and weighs about 200 pounds.

Officials say the suspect was carrying an orange traffic cone during the robbery.

Prior to the robbery, the suspect was observed measuring trees near the store as well as the outside of the Rite Aid building with a tape measure.

The Haddonfield Police Department says a search of surrounding neighborhoods was conducted with support from neighboring agencies.

The Camden County Sheriff's K9 unit was also involved in the search however the suspect was unable to be located.

As a precaution, two schools were placed under brief lockout status during a portion of the investigation: Tatem School and Christ the King.

Detectives believe this may be the same suspect who previously robbed a Rite Aid in Logan Township, Gloucester County.

On Friday, May 22 at approximately 9:28 a.m., police responded to the Rite Aid at 335 Village Center Drive for a reported armed robbery.

Responding officers were advised that a man, armed with a knife and a hammer, had just fled the store in car he stole from a Rite Aid associate.

Upon arrival, officers learned that the suspect entered the store wearing a red coverall, yellow traffic vest and a white hard hat. He wore yellow safety glasses and a white mask in an effort to further conceal his identity.

The suspect approached the pharmacy, leaped over the counter and demanded all the Oxycodone.

He then took the keys to a 2011 Chrysler 200 owned by a store associate and fled the scene in the stolen car.

The stolen vehicle was located several hours later in a nearby parking lot.