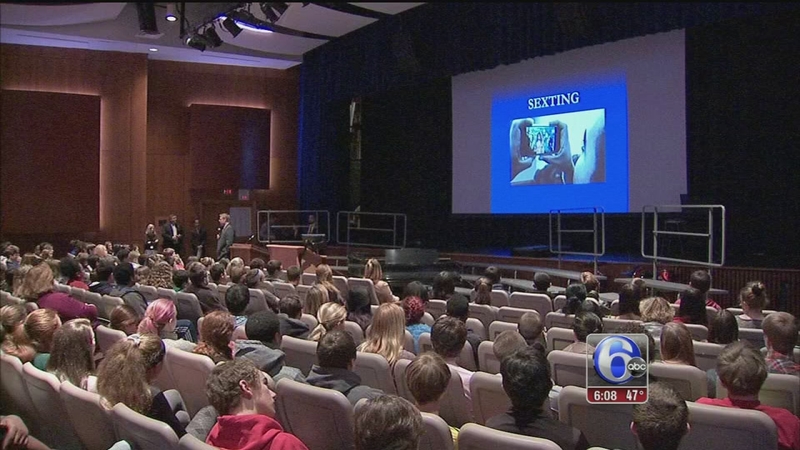 PLYMOUTH MEETING, Pa. (WPVI) -- The 9th and 10th graders at Plymouth-Whitemarsh listened closely Thursday to law enforcement as they spoke to them about the consequences of high school sexting.

School officials said the session has long been planned, but it is especially timely in the wake of law enforcement officials now investigating inappropriate photos of students turning up on a file sharing website.

"Somebody started this Dropbox, and then there's, like, pictures of more upperclassmen, I'm pretty sure," said 9th grader Rylynn Trenbatch.

Next week, a similar session will be held for 11th and 12th graders.

After the one-hour session, Action News spoke with students about what they took from the event.

"The stuff that's happened, it's not funny, it's not a joke, and people will get in trouble for it," said 10th-grader Kaleigh Branagh. "It's not something to mess around with."

So far, no one has been prosecuted in this growing sexting scandal, but sources tell Action News at least 150 individuals are now under criminal investigation by two local police departments and the Montgomery County district attorney.