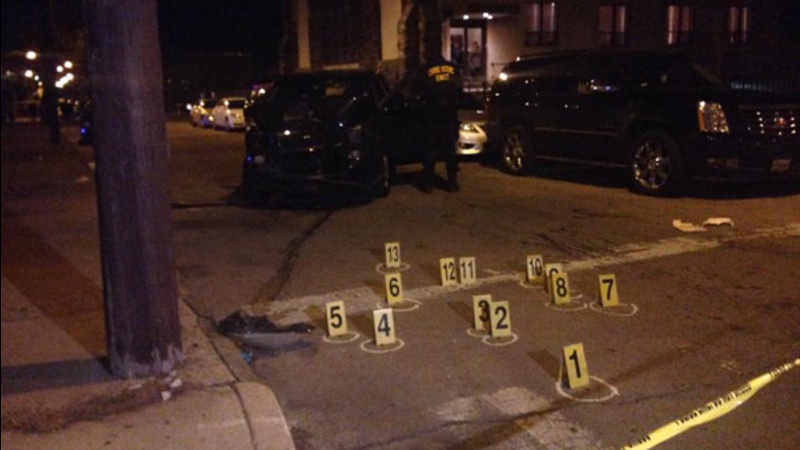 TIOGA-NICETOWN (WPVI) -- Philadelphia police responding to a report of a shooting Tuesday night fired at a man who pointed a weapon in their direction, authorities say.

Police say they got a call of shots fired around 7:20 p.m. at 17th and Cayuga streets in Tioga-Nicetown.

They discovered a minivan riddled with bullets and a male shooting victim in the roadway.

As officers approached the van, they witnessed another man jump out of the back.

"After exiting the minivan, the male literally stepped over the initial shooting victim and then began to walk quickly north on 17th Street," Philadelphia Police Chief Inspector Scott Small said.

Police chased after the man. They say he had a gun with an extended magazine clip.

"That's when the officer ordered the male to stop, drop the weapon, show his hands, stop running. The male refused. He turned. He pointed the weapon in the direction of both officers. That's when one officer discharged his weapon," Small said.

The suspect had at least three gunshot wounds, but investigators are unsure if he was actually hit by police since he was also in the minivan.

Police do know that when the 24-year-old fell at 17th and Blavis streets, he dropped that weapon and a second, a semi-automatic handgun.

He and the initial shooting victim were transported to Temple University Hospital in stable condition.

"Internal affairs is on location because they investigate all police discharges. Our crime scene unit as well as Northwest Detectives are on location processing the crime scene," Small said.
The search for the man who shot up the minivan continues.

Those shootings, involving mostly black suspects and 96 deaths, have contributed to "significant strife and distrust" between the department and the community and require intensive retraining in the use of force and community-oriented policing, a Justice Department assessment team said. 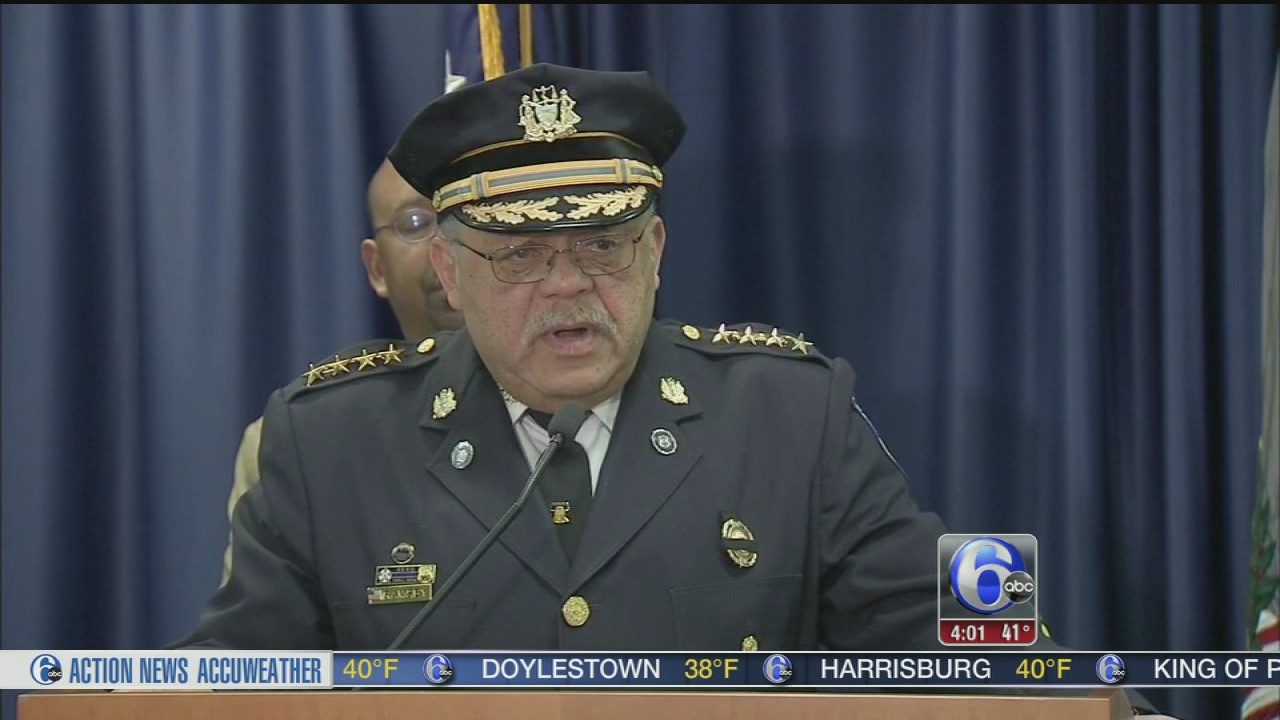 VIDEO: Report recommends reform to Philly Police policies
The Department of Justice has released their recommendations for Philadelphia Police after federal officials reviewed a series of deadly shootings by officers.

It found wide disparities in crime scene photography and documentation, the use of typed notes summarizing interviews instead of audio and video recordings, and an internal affairs shooting team that waits months until after the district attorney clears an officer before interviewing him or her.

Philadelphia Police Commissioner Charles Ramsey requested the federal review in May 2013 after four straight days of police-involved shootings in Philadelphia, three of them fatal. The review period coincided with a drop in fatal police shootings, from an eight-year high of 16 in 2012 to an eight-year low of four in 2014.

"We need to lower all the numbers," Ramsey said at a news conference. "Folks need to stop killing each other."