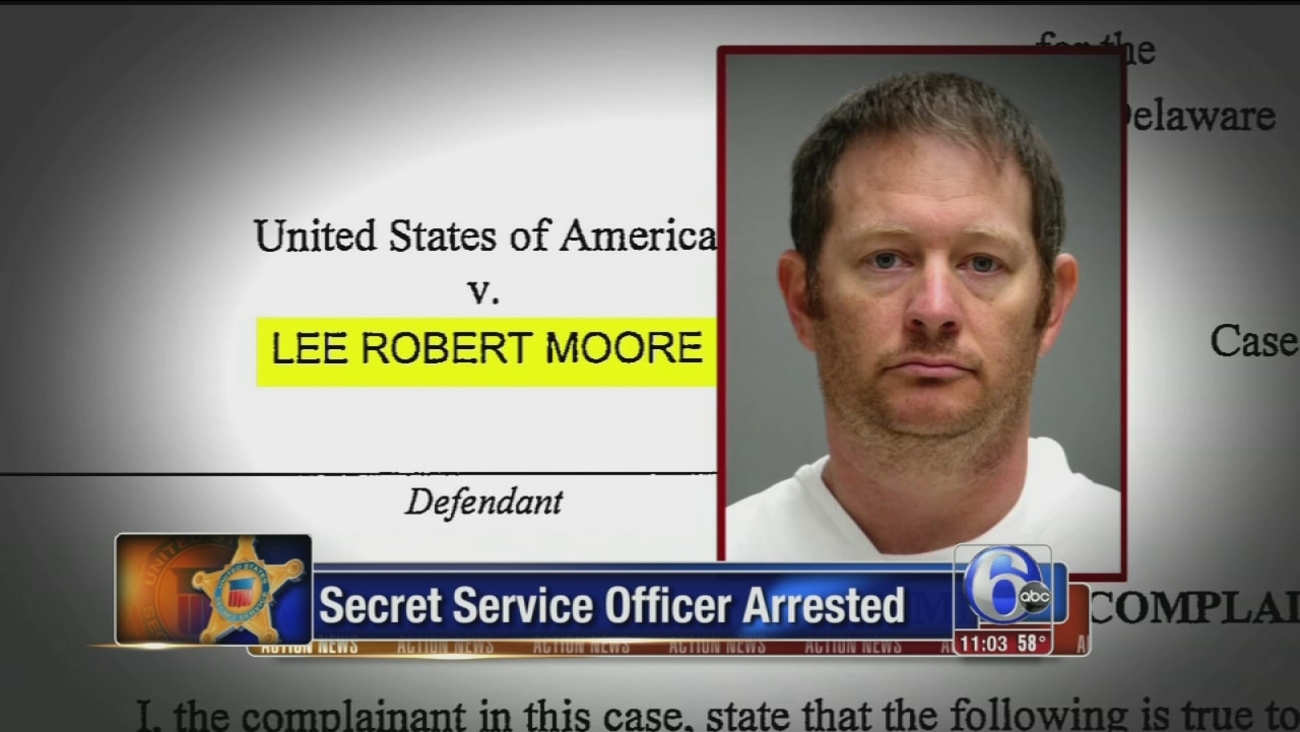 A Secret Service officer was arrested after being caught in a sting operation sending naked pictures of himself to someone he thought was a 14-year-old girl in Delaware. (WPVI)

DOVER (WPVI) -- A Secret Service officer assigned to the White House was arrested after being caught in a sting operation sending naked pictures of himself to someone he thought was a 14-year-old girl in Delaware.

Thirty-seven-year-old Lee Robert Moore turned himself in to authorities Monday after a complaint was filed against him by Delaware State Police.

The complaint details a series of live chats between Moore and a Delaware State Police officer posing as a 14-year-old girl from Hazlett, Delaware.

Charging documents state Moore went on the social media app Meet24, a messaging service that lets users "feel the taste of love," according to its website.

Moore is accused of sending naked pictures of himself to the undercover officer, requesting to meet in person to have sex.

In an interview with investigators, Moore allegedly admitted to sending some of the text messages while on the job at the White House.

According to the complaint, the two later moved to another messaging service called Kik that lets users exchange photos and videos online.

Later, Moore reached out again to the officer saying he had deleted his Kik account to be safe saying, "Do you know how many fake female profiles are out there? A guy needs some reassurance that he is talking to who he thinks he is talking to, and not, I shudder to think."

Moore is scheduled to appear in court Friday morning in Dover.

The Secret Service said he has been relieved of his duties, and his security clearance has been pulled.