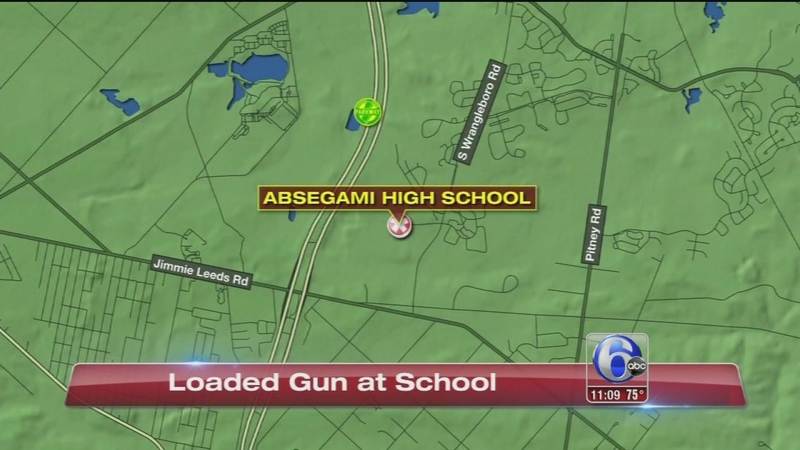 The incident was reported around 2 p.m. Friday.

Absegami High School received information that a student was carrying a handgun on school grounds.

At the time, the suspected student was in gym class, which was outside.

Galloway Township police, along with school personnel, responded to the area the class was taking place.

A lockdown announcement was made over the loud speaker, at which time the student was reportedly observed placing his hand into his pants pocket, grabbing something and then running out of view of the officers.

He was located near the bleachers and taken into custody.

No weapon was found on the student.

An investigation was then initiated involving all students. A .380 Jimenez Arms was later located under the bleachers.

The lockdown was effect for 40 minutes, officials say.

Other area school delayed dismissal and sheltered in place until the school grounds were cleared.