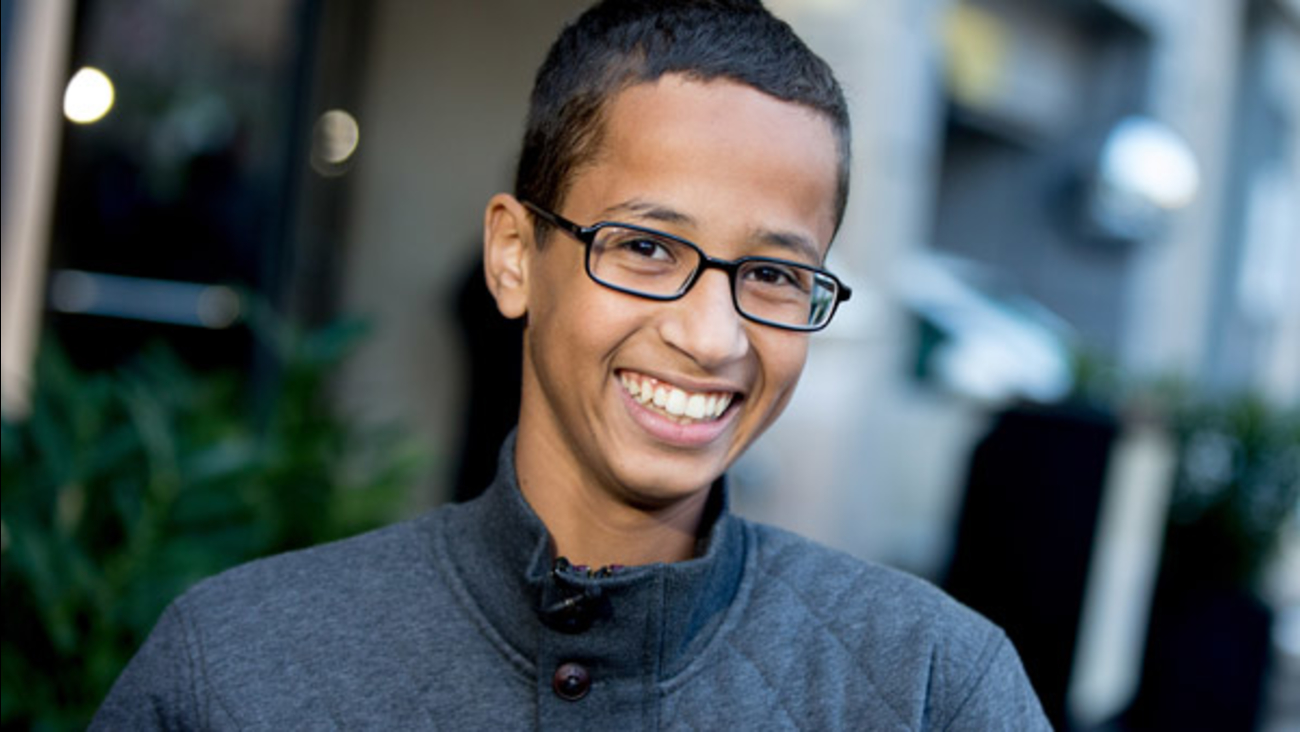 Ahmed Mohamed, the 14-year-old who was arrested at MacArthur High School in Irving, Texas for allegedly bringing a hoax bomb to school, speaks during an interview with the AP. (AP Photo/Andrew Harnik)

WASHINGTON -- Ahmed Mohamed, the Texas teenager arrested after a homemade clock he brought to school was mistaken for a bomb, capped a whirlwind month with a visit to the White House on Monday.

Ahmed got a personal invitation from President Barack Obama for "Astronomy Night." The president uses the event to encourage students to pursue careers in science, technology, engineering and mathematics.

Last month, Ahmed brought the clock to his school to show a teacher, but another teacher thought it could be a bomb. The school contacted police, who ultimately chose not to charge Ahmed with having a hoax bomb, though he was suspended from school.

Obama subsequently Tweeted an invitation to Ahmed and said the U.S. should inspire more kids like him to enjoy science.

Ahmed said he was grateful for the president's support and said he's OK with the nickname that so many have given him over the past few weeks - "clock kid."

He said the lesson of his experience is: "Don't judge a person by the way they look. Always judge them by their heart."

Ahmed's family is looking at several options for a new school. He hopes to eventually go to the Massachusetts Institute of Technology and become an engineer.

Before the White House event, he got to tour labs at the National Institute of Standards and Technology.

Earnest said several hundred people will attend the astronomy event, so he doubted there would be any one-on-one meeting between the president and Ahmed.

The students visiting the South Lawn of the White House on Monday night will get the chance to explore samples of rocks from the moon, Mars and various meteorites. They will also meet with astronauts and peer at the planets and stars from telescopes.