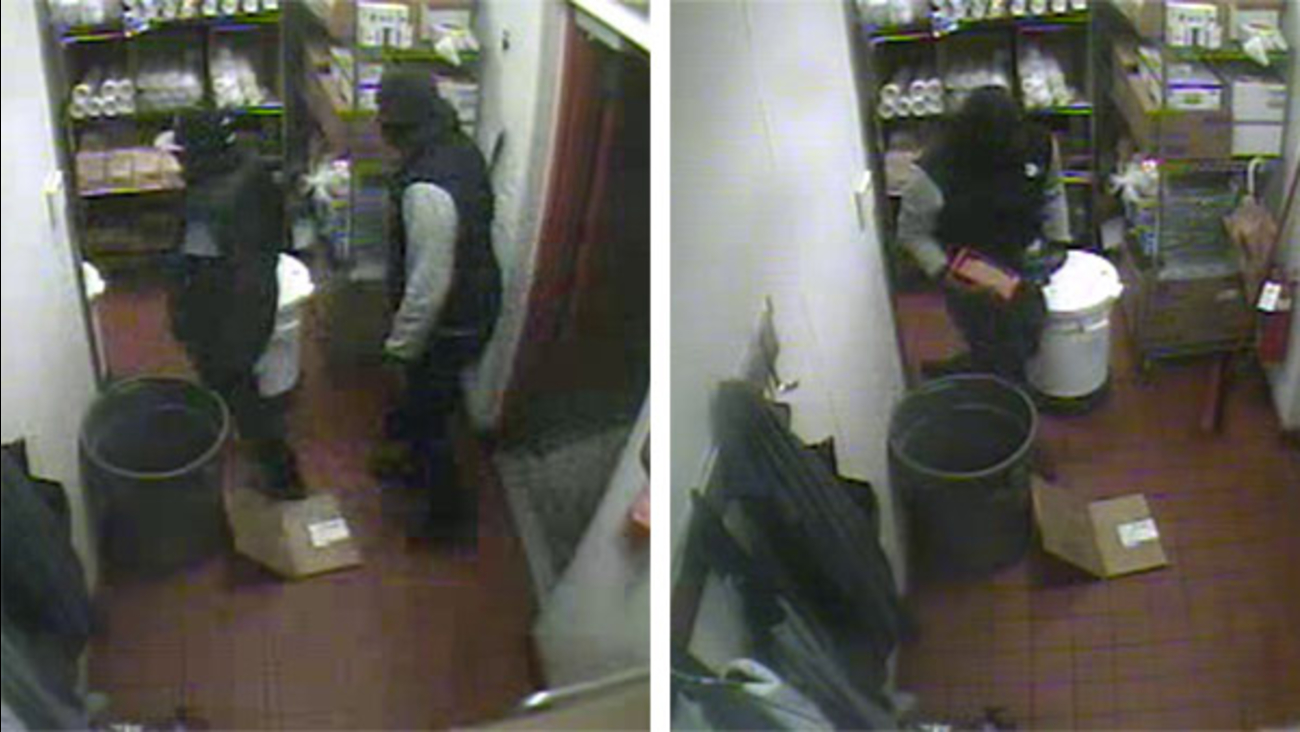 WILLOW GROVE, Pa. (WPVI) -- Police in Montgomery County are investigating a robbery at a Chipotle Mexican Grill in Willow Grove.

The incident took place around 11:12 p.m. Saturday at the restaurant located on the 2600 block of Moreland Road.

Abington Township police say a manager was taking cardboard out the back door to the recycling bin when he was confronted by two suspects.

The suspects threatened him and told him to take them back inside to the safe.

Once inside, the suspects removed an undisclosed amount of money from the safe and took two cordless phones.

The suspects instructed the manager to remain in the office and they fled out the same back door they entered through.

There were no injuries. Police say no weapon was displayed or indicated.

The first suspect is described as a black male wearing a black puffy vest, a gray T-shirt, a black long sleeve compression shirt, and dark pants. He was also wearing a black, flat brimmed baseball cap with a gray brim and unidentifiable gray writing on the front. He was wearing a black, "hard plastic mask" covering the lower portion of his face.

The second suspect is described as a black male wearing what appears to be a black "letterman style" jacket with gray sleeves and dark pants. He appeared to have a black cloth wrapped around his face and head so that only his eyes were exposed.