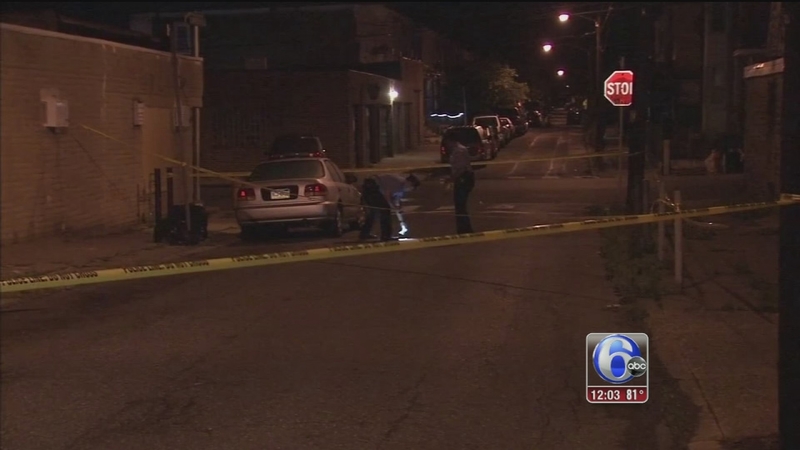 It happened before 1 a.m. Monday.

Two armed men tapped on the window, announcing they were stealing the car.

The driver took off, and the gunmen opened fire, striking the vehicle three times and hitting the driver in the shoulder.

The teen drove himself about three miles to St. Christopher's Hospital for Children, where he was admitted with stable vital signs.

The suspects fled the scene.

Police are talking with witnesses, including the other people where were in the car, and checking surveillance video from the area.