Chester Police Chief Joseph Bail was outraged when he was told the 15-year-old student, who allegedly brought the very realistic looking gun to Chester High School, was not being detained. 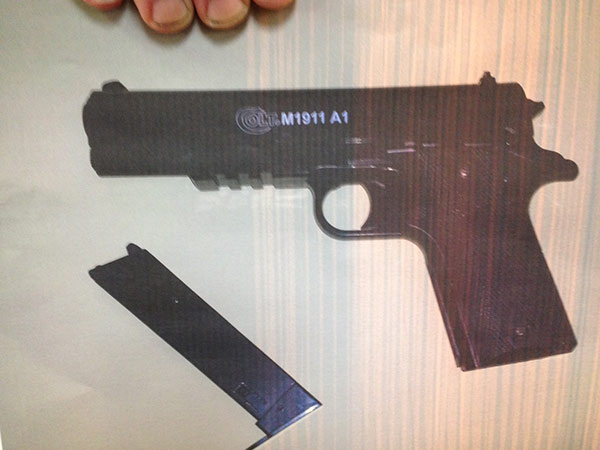 Chief Bail says that decision was made after Delaware County probation officials decided the very realistic toy gun does not qualify as a weapon.

"This is a horrendous message to send to this community, that you can do what you damn well please, and if it looks like a toy you can put it out. I'm appalled that anyone would think that way in the city. We have so much violence."

It was around 10:30 a.m. when a student was reportedly seen removing a gun from his waistband and placing it in a backpack inside the school.

Upon their arrival, police officers and school security did a room-to-room sweep of the building.

It was later determined that the weapon was in fact a toy.

Mayor John Linder described the situation by saying, "This is a practice run for this young man. And if they don't do something, he's going to end up one of the statistics, or someone is going to end up a statistic if he gets away with this."

The chief and the mayor say they are upset with the law surrounding cases like this that's really tantamount to a slap on the wrist.

Delaware County District Attorney Jack Whelan says he agrees that, at the very least, these laws should be reviewed.

Whelan says, "In this particular case it would be appropriate to charge him with a felony, but our hands are tied and we're precluded from doing so by the current status of the law."

Chester officials say while this 10th grader has never been prosecuted before, he has been accused of pulling a fake gun on a person at least once before.